'Thank you for my intolerance': Big B on hitting 26 million Twitter followers 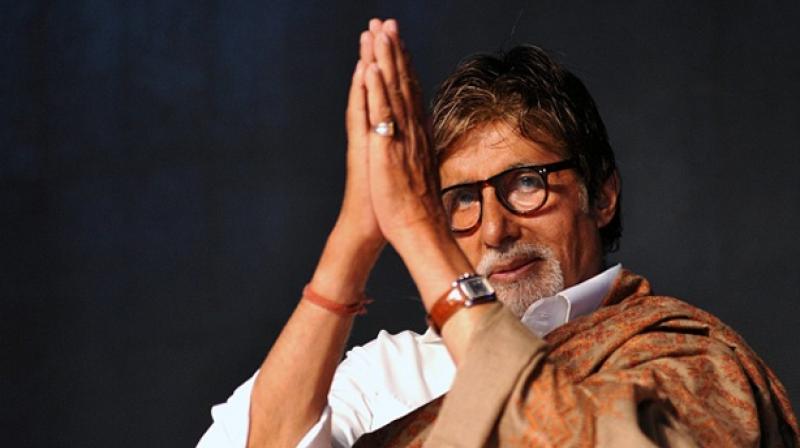 Amitabh Bachchan will next be seen in 'Sarkar 3.'

Mumbai: Amitabh Bachchan now has 26 million followers on microblogging site Twitter and the megastar thanked his fans for being by his side always.

Bachchan, who joined Twitter in 2010, expressed his excitement through a post and shared the news along with a picture of himself.

"And it has arrived...The magical figure of 26 million followers !! Thank you Twitter for my intolerance," Bachchan tweeted. 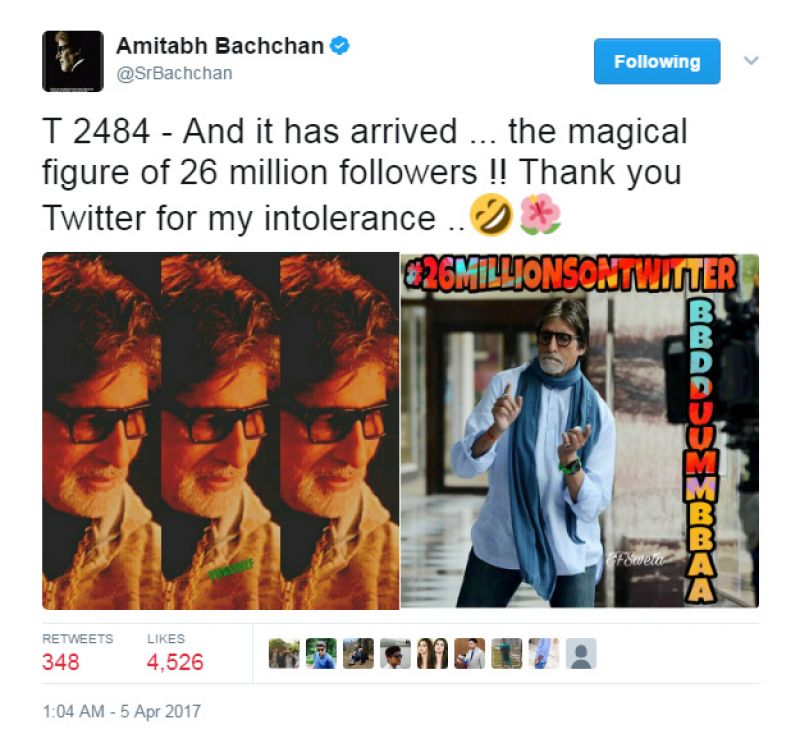 The 74-year-old actor is ahead of superstars like Shah Rukh Khan (24.2 million), Salman Khan (22.1 million), Aamir Khan (20.4 million), and Bollywood stars Deepika Padukone and Priyanka Chopra, who have 17.9 million and 16.9 million followers respectively.

The National Award-winning actor is also active on other social media platforms like Facebook and his blog.