The actress has recorded a song for her upcoming film Meri Pyaari Bindu. 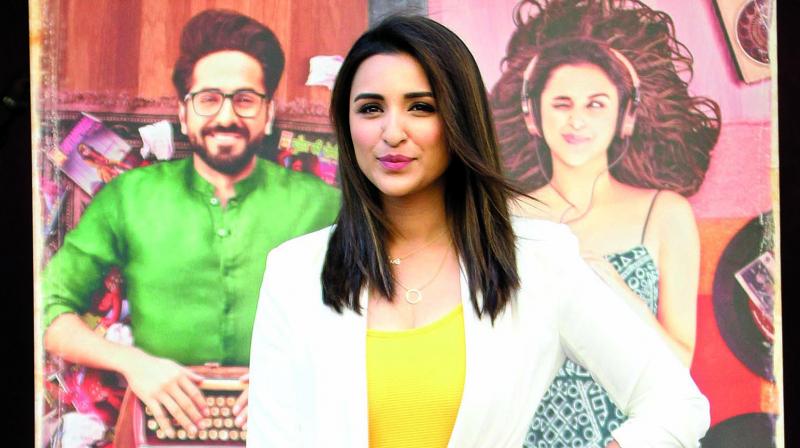 After Shraddha Kapoor, Sonakshi Sinha and Alia Bhatt, Parineeti Chopra is now trying her hand at singing. The actor has in fact, recorded a song for her film Meri Pyaari Bindu. Ask her about the feedback and she gushes about how elder sister Priyanka has approved of it. "Priyanka was one of the first people to give me her feedback. The moment I got the song, I sent it to her. My dad and her dad used to do shows as the Chopra brothers and didi and I would stand in front of them during the shows,” she reminisces.  How did the family take it? “After Priyanka, I had to do it well. My family went like ‘chalo, good. Izzat bacha li’. They are very happy with the song.”

It’s yet to sink, in however, that she has recorded a song for a film. And for those who question actors’ roles in the recording studios she says, “I feel playback singers can never be replaced because they are technically sound experts and professionals. It's their job. When we dance, nobody questions us about why we're dancing when there are dancers available. So if there are actors who want to sing, why should one question them?”

The movie, backed by Yash Raj Films, is scheduled to release on May 12.