Entertainment   Bollywood  05 Apr 2017  'No one else was needed': Parineeti on Sunil's absence from Kapil's show
Entertainment, Bollywood

'No one else was needed': Parineeti on Sunil's absence from Kapil's show

The actress says that she, Kapil Sharma and her co-star Ayushmann Khurrana were 'enough' on the show. 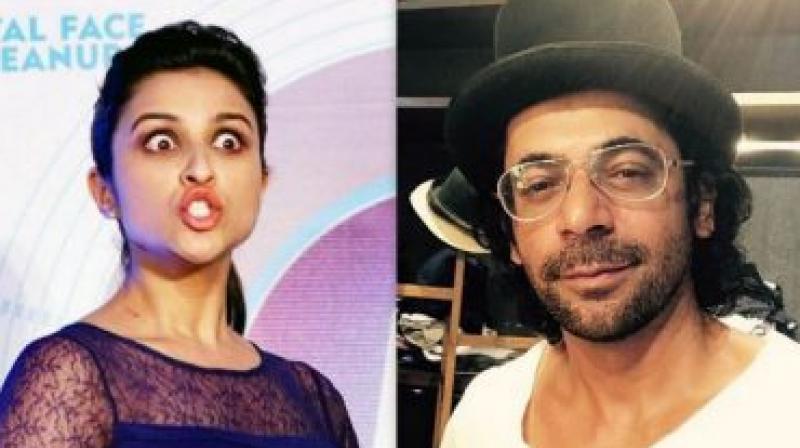 Mumbai: Actress Parineeti Chopra has said working with filmmaker Rohit Shetty in 'Golmaal 4' is an honour as the film will be a refreshing change for her as well as the audience.

The team recently wrapped up the first schedule of the movie. They will soon be flying to Hyderabad for the next schedule.

"I don't think I have a genre at all. I'm just trying to do all kinds of films. It's an honour for me to work with Rohit Shetty, he is the biggest commercial director of the country, making the biggest franchise 'Golmaal'," Parineeti told reporters.

"I am enjoying it very much. It's a lot of fun. After Meri Pyaari Bindu, Golmaal will be a nice change for me as well as the audiences," she added.

The actress, who will also be seen with Ayushmann Khurrana in 'Meri Pyaari Bindu', recently went to promote their romance drama on 'The Kapil Sharma Show.'

Talking about her experience, she said, "Kapil and we sang around 10-15 songs. I told them initially that this will be a musical episode not a comedy episode. It was a lot of fun," the actress."

When asked if she missed any cast members of the show, in an apparent reference to Sunil Grover and others who have stopped shooting for the show, Parineeti said, "We were enough. No one else was needed. Kapil, Ayushmann and I killed it. You all should catch the episode."