The year 2006 made Shivam Nair’s dream come true with his first movie Ahista Ahista being taken to theatres. 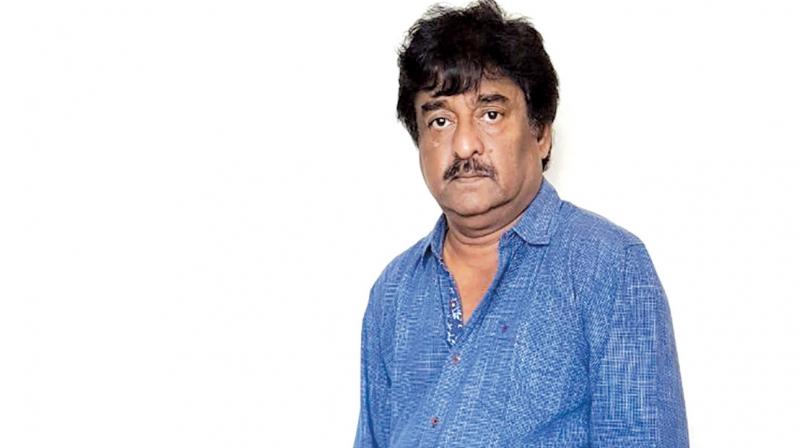 Malayalis strike an easy chord with B-Town thriller Naam Shabana — there has been the Prithviraj factor kicking, punching and screaming in posters and trailer. It stoked curiosity till the Taapsee Pannu-leading espionage thriller hit the big screens by March end.

Check the very inevitable credit scroll, it is double sundae. There is this name, Shivam Nair, director of the movie, appearing in big bold letters. The four-film-old Nair, many decades ago, at the age of 10, was a boy who migrated from Thiruvalla to Bihar with his family.

Just a couple of days have rolled on since the movie release.  In Mumbai, the director was constantly interacting with the audience, listening to feedback straight out of them after the riveting watch. “Audience reaction after the first day first shows was good,” says Shivam. Going by Wikipedia stats, the latest update shows the movie surpassing its making cost (`15 crore), raking in `16 crore at the box office in mere four days.

The Bihari flavour is very much into his accent leaving an impression that Nair has long forgotten his mother tongue. The judgement comes crashing down within minutes. “Malayalam samsarikkan pattum. Enikkariyaam (I can speak Malayalam. I know it).” Thanks to his parents, the displacement side apart, they insisted on their children learn and speak Malayalam. The roots had not entirely  been cut-off either.

Nair last visited his native place in 2016. At the back of his mind, Kerala changed little from what it was in his childhood days, let alone the ever-occurring demographical, social and geographical transformations. “There are pieces of memories about Kerala in my mind. My hometown is Puramattam. I did my schooling there until we shifted to Bihar as my dad, an engineer, got placed with some district board. My siblings and family are here now. In Mumbai, I know some Malayalis and we celebrate Onam, Vishu and other festivities,” he gushes.

Like many young talents who dreamt of cinema, the lure of Technicolour drew Nair to Mumbai. Keeping film in the deepest recesses of his heart, Nair had to compete with those having many credentials including a flashy tag of FTII to boot. “I studied in Bihar, knew little about film industry, than wanting to be a director. In the process, I got into the television industry, gradually coming to know the going is tough. If you want to be a director, you should know why you want to be. That you need to tell stories. Glitz and glamour stop enticing until one realises the seriousness of the part,” he shares.

From 1982 onwards, Nair turned active in the mini-screen industry. Some of his major works happened with the involvement in the making of the docudrama Raman Raghav, A City, A Killer followed by three more of the same genre on serial killers Auto Shankar, Ranga Billa and Feroz Daruwalla. A noteworthy work was the DD Metro series Sea Hawks he directed towards the late 1990s.

The year 2006 made Shivam Nair’s dream come true with his first movie Ahista Ahista being taken to theatres. The number went up and now stands at four after Maharathi (2008), Bhaag Johnny (2015) and Naam Shabana, the latest.

Television is the first and foremost reason towards Naam Shabana’s realisation. Producer-writer Neeraj Pandey was one of his acquaintances from TV days. Both knew each other well from then on. Making of a spin-off to the 2015 flick Baby fell upon him quite unexpectedly. “After watching Baby, I called my friend Neeraj to say it was good. I liked Taapsee’s character. In six or eight months, he called me to say he was writing a backstory of the character. I loved it, the spy world of intelligence agencies, how they recruit a spy and all. I was into the project,” he explains. Neeraj, busy doing the M.S. Dhoni biopic then, passed on the direction baton to Shivam.

Though the Malayali thread connects Nair and Prithviraj, the actor was Neeraj’s choice. “He had seen his performance in Mumbai Police. We invited Prithvi to Mumbai, discussed the story and he got signed in. His Hindi was so impeccable, a rarity in South Indian actors. On the first day of the shoot itself, he insisted he himself lend voice for the character.”

Nair wishes to continue this association further. Both Nair and Neeraj plan a story to be executed in Malayalam with Prithviraj on board. If things pan out well, the movie might have a take off this year or in early 2018.