Have Alia and Ayan already started prepping for Dragon? These pics suggest so

A tattoo near the eyebrow of Ayan gives us the feeling that some work on the film is already underway. 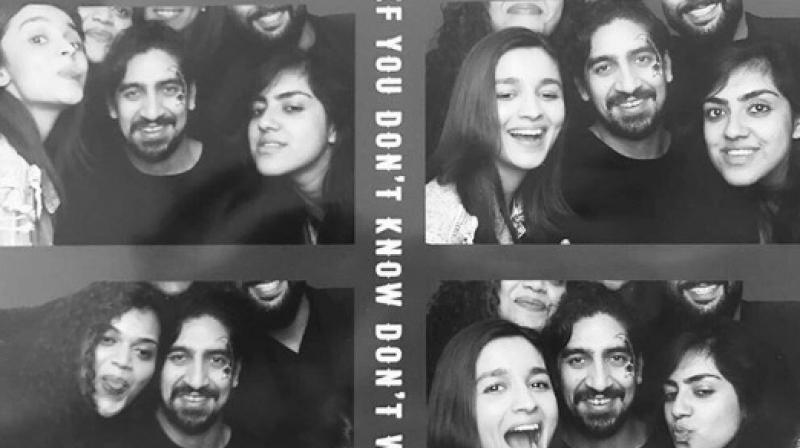 Alia, Ayan and their friends pose in style. (Photo: Instagram)

Mumbai: Alia Bhatt's 'Badrinath Ki Dulhania' turned out to be a money-spinner at the box office, entering the coveted 100-crore club few days back.

After hectic promotions of the film for days, Alia has finally got a much-needed break.

The actress will start ‘Dragon’ in October and has taken off to London to chill out.

However, despite the gap it seems Alia has begun her prep for ‘Dragon’, as her close friend, the director of the film Ayan Mukerji has also accompanied her to London.

Alia took to Instagram to post numerous pictures, incidentally one in which we see a dragon-like tattoo on Ayan as he poses with Alia and her friends.

Another adorable picture saw Ayan leaning on Alia’s shoulders as she browsed a magazine, while one picture saw Alia and her sister Shaheen hugging Ayan as they posed for a picture. 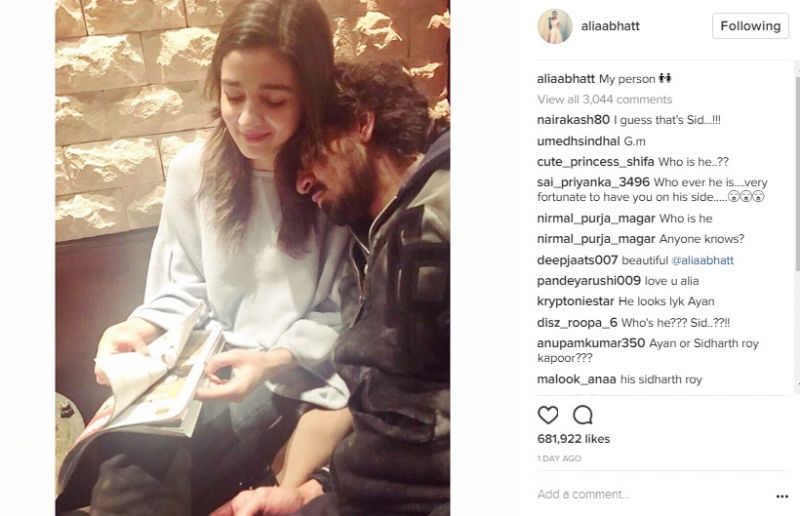 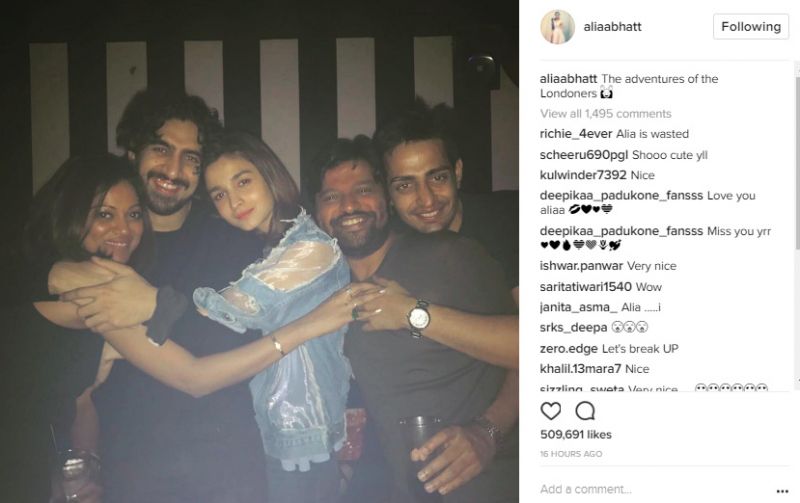 While it was always a known fact that Ayan is a close friend of Ranbir Kapoor, having directed him in ‘Wake Up Sid’ and ‘Yeh Jawaani Hai Deewani’, it seems that his friendship with Alia has also grown by leaps and bounds in recent times.

With his two close friends starring together in ‘Dragon’, the director would definitely have an enjoyable time on the sets of the film.