Did Kajol just take a jibe at Karan Johar with 'fake honesty' comment?

While the actress is keen on staying mum over her tiff with Karan, she might have taken a dig at him now. 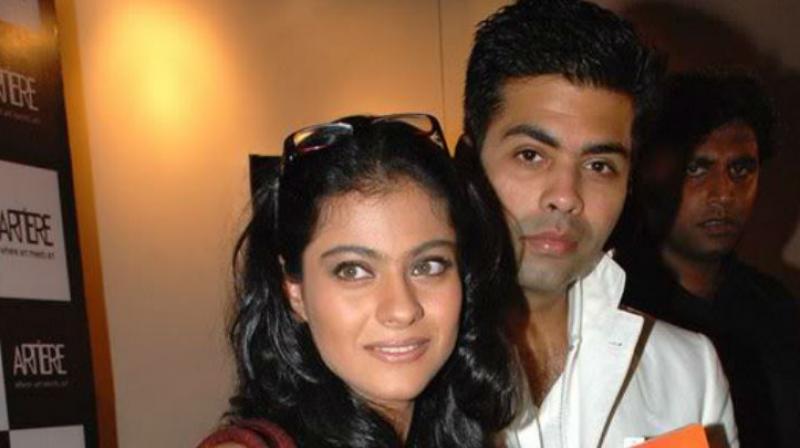 Apart from the collaboration in films, Karan and Kajol have also been seen at various events and TV shows together.

Mumbai: Karan Johar had featured in a cameo in Kajol's 'Dilwale Dulhaniya Le Jayenge' and when he turned a director, he thought of casting Kajol in his debut film 'Kuch Kuch Hota Hai.'

He then cast her in 'Kabhi Khushi Kabhie Gham' and 'My Name is Khan' and even in a guest appearance in 'Kabhi Alvida Naa Kehna' which had released between the two films.

Who would have thought that such an eternal friendship like Kajol and Karan's would take such a massive and rough turn? But the unimaginable happened.

The reasons for their fallout are very well known. Karan has been very vocal about their relationship going bitter. In fact, he has even devoted some space in his autobiography- ‘An Unsuitable Boy’ about their fallout.

On the other hand, Kajol, who is known for not mincing words and speaking her heart out, stayed mum.

According to a leading daily, whenever the actress is interrogated about her side of the story, she takes pauses and slyly replies, “I think that the best thing for me to do right now, as far as this entire topic is concerned, is to stay silent. And that’s exactly what I’m going to do. When and if I choose to give my opinion on this particular topic, I will make sure the world hears of it”

She also went on to further add, “People often tend to misuse honesty for pretence and I think there’s a lot of fake honesty going around as well. I really do. There are a lot of people going around and saying, ‘You know I’m being honest’ and actually, it’s just for selling books, or movies and ratings. (Is she indicating at Karan Johar?) I don’t know, there are a lot of reasons for faking in front of the camera. Or in front of the public, for that matter. I think honesty has been abused over time and space”

Forgive and forget is the mantra for inner peace. But will this actress walk on this mantra? On this she asserted to the daily, “I think relationships are like that. Relationships are about working things out. So I do believe that if they are worth it, two people will make the effort to work through it.”