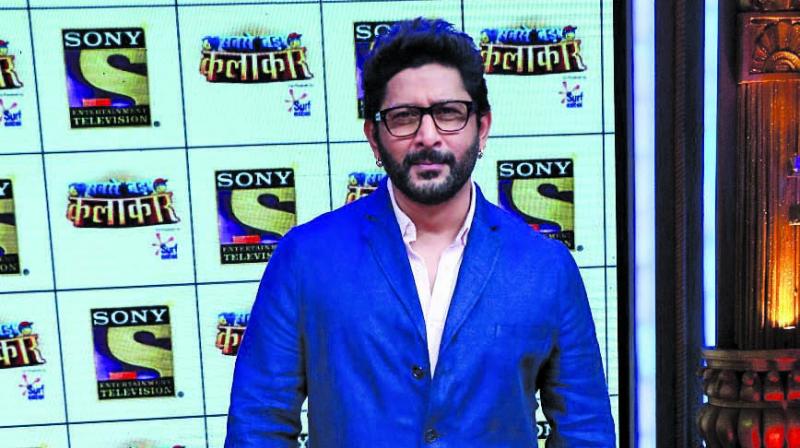 Arshad Warsi is teaming up with old buddies Raveena Tandon and Boman Irani to judge kids’ reality show, Sabse Bada Kalakar. Considering how the actor loves to be around kids, with his own flawless comic timing and wit handy too, the show’s set to be a riot. We caught up with Arshad and got him to spill the beans about this new assignment. Excerpts:

We all know how much you love kids. Is this the reason you agreed to come on board for the show?
Kids are my weakness, I swear! So I can’t help it. I keep getting offers for shows, but I’m never sure of doing them because shoots get hectic. I have a problem with kids dancing on vulgar Hindi numbers, which I was clear about. Nothing of the sort is happening here. This is a great platform for the kids to showcase their talent. There are kids coming from Jammu and Kashmir here. They are not as fortunate as a lot of us are; they’re going through hard times. Parents have had to leave their jobs for their kids to be able to pursue their desires and dreams. I honestly feel so nice that they’ve come here and shown their talent, because I know what’s going to happen; these talented kids are going to take care of their whole family. So when you have kids like that, it’s wonderful.

You recently said that Munnabhai 3’s script is absolutely brilliant. When is the movie going on floors?
Munnabhai 3 will go on floors after Raju (Raj Kumar Hirani) finishes Sanju’s (Sanjay Dutt) biopic. Yes, indeed, I’m very impressed by the script. It’s outstanding, that’s the whole thing. I’ve seen how Raju works. It takes him years to get just the right thought — how the film is going to be on paper. That thought for him is very important. It’s very important for any filmmaker to have the reason to make a film.

What’s your take on the Sanjay Dutt biography?
I know what lengths these people have gone to, and Raju has gone to make sure everything is right. For me, to reveal anything is out of question. I feel that even if it weren’t a biopic, it’s still a beautiful film. Even if it weren’t Sanjay Dutt’s biopic, you’d have come back satisfied, as it’s so beautiful. It’s because Raju is making it, and he really works hard on his films.

You find Raveena stunning. Is there anyone else in Bollywood, who makes your heart beat faster?
The first time I saw Raveena was when we were kids. We had gone to a nightclub, and we were all boys having fun. Suddenly, we saw a hot chick walking in, and we were like ‘Oh my God, who is this? She looks stunning.’ She still looks damn good. But she was really attractive when she had joined the film industry. I never had a crush on her, but I just thought she was extremely hot. I was very much infatuated by Madhuri Dixit too. I even got very upset in one film with Anil Kapoor when he kissed her. I’m upset with Naseer (Naseeruddin Shah) too because he romanced her in Dedh Ishqiya. At this moment, I find Deepika Padukone unbelievably awesome.