Renowned Yogi and spiritual leader Jaggi Vasudev aka Sadhguru has been an active voice in social and environmental issues. 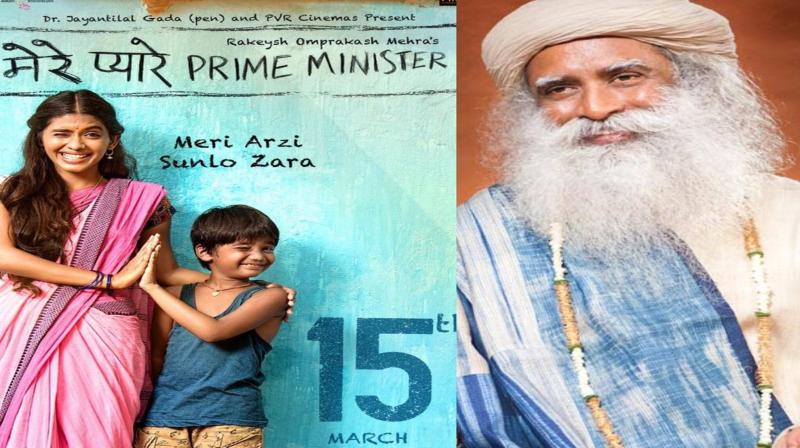 Renowned Yogi and spiritual leader Jaggi Vasudev, often referred as Sadhguru has been an active voice in social as well as environmental issues.

As Rakeysh Omprakash Mehra gears up to present the socially relevant film Mere Pyare Prime Minister, the filmmaker decided to host a special screening for the spiritual leader and will be flying down to Coimbatore for the same.

Touching upon two socially relevant and impactful issues of open defecation and rape, Mere Pyare Prime Minister presents the story of a young boy and his mother.

The bond between a son and mother forming the crux of the story, the film traces the journey of Kanhu as he struggles to reach the Prime Minister as his mother met an ugly incident due to unavailability of toilets.

Delivering a social message with an emotional storyline yet again, Rakeysh Omprakash Mehra who has earlier helmed Rang De Basanti, Delhi-6, amongst others is all set to present Mere Pyare Prime Minister.