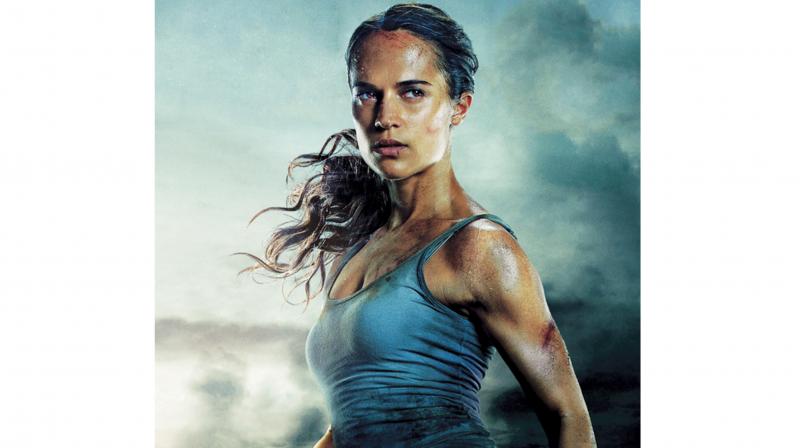 The hugely-anticipated follow up film to the 2001 and 2003 Lara Croft movies is expected to shatter records set by its prequels.

Out of the blue, the new edition of the highly successful Lara Croft franchise is being dropped into the movie market. Slated for a March 9 release, Tomb Raider is creating panic amongst the Hindi releases for this week.

The hugely-anticipated follow up film to the 2001 and 2003 Lara Croft movies is expected to shatter records set by its prequels. So confident are the films producers Warner Bros., that they have decided to release Tomb Raider in India a week ahead of its worldwide release.

A source from the production company says, “We are going for an optimum release in India, and a week in advance. There’s a huge market for Lara Croft amongst the youngsters, although the last movie was filmed 15 years ago with Angelina Jolie in the lead. Now, the title role is being played by Alicia Vikander, and the Swedish star is already a global rage.”

The advance release has thrown this Friday’s Hindi releases —  Vishal Pandya’s Hate Story 4. Aleya Sen’s Dil Junglee and Excel Entertainment’s 3 Storeys — into a tizzy. Sources say that at least one or two of these releases are expected to further their release dates, in a state of panic.

However, Vishal is confident of his film, despite Lara Croft. “I’m in competition with no one. I run my own race,” he says. “If I think I want to compete with others, I will be bitter. But I don’t want to be bitter, I want to be better. I want to make sure I improve with every film. And I’m very confident I’ve made a film that’s more refined, and resonates better than my earlier films.”

However, a prominent cast member of one of the releases is a bit worried. “This is a big setback for us. We all know what Black Panther did to the Hindi releases. We can’t afford this foreign invasion.”

Interestingly, Rob Cohen, the Fast & Furious director, is unleashing his next, The Hurricane Heist, this Friday too. The producers are releasing it in English and Hindi, offering Hindi releases something more to worry about.