Karan Johar is a dad, welcomes Yash and Roohi to the world

Karan became a father to twins, a boy and a girl, in February and has named them Yash and Roohi. 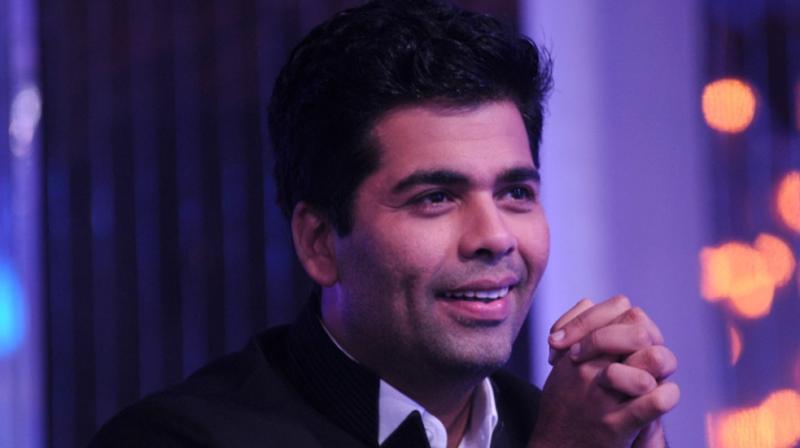 Karan Johar had made his acting debut with 'Bombay Vevet' few years back.

Mumbai: When Tusshar Kapoor had announced in June last year that he had become a father to a son via surrogacy, it had come as a surprise as the concept of single fathers is still new in the country.

And now, Karan Johar has also become a single father through the procedure.

Karan became a father to twins, a boy and a girl, in February and has named them Yash and Roohi. The names seem to have been inspired by names of his parents, Yash and Hiroo.

Karan took to Twitter on Sunday to make the announcement, praising the 'marvels of medical science' which helped him in becoming parents of 'pieces of my heart'. Calling his decision an 'emotional and well thought out' one, the director said that he is ready to take all the responsibilities regarding the nurturing of his kids and that all his professional commitments would take a backseat. He concluded by thanking the surrogate who delivered the babies and Dr. Jatin Shah who guided him through the journey. 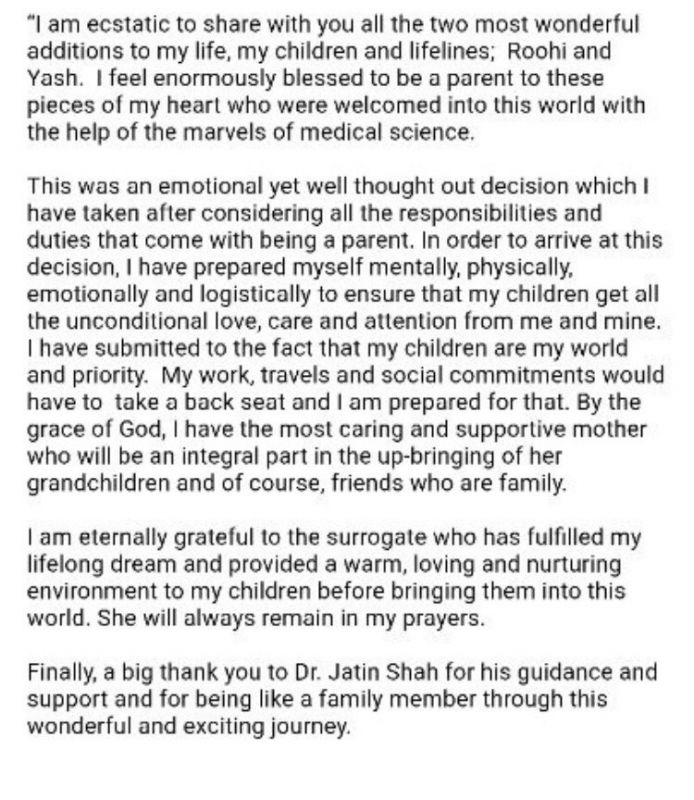 As per reports, the births were reportedly registered at the Brihanmumbai Municipal Corporation on Friday and the babies were delivered at Masrani Hospital in Andheri by Dr. Makarand Masani.

The filmmaker has often spoken about his desire to become a father and had spoken about it in detail in his recent autobiography ‘An Unsuaitable Boy.’

The filmmaker is having a good time on the professional front, with his last directorial ‘Ae Dil Hai Mushkil’ doing well at the box office, followed by numerous film productions and stints at reality shows.