Sonam works her endorphins for a six-pack 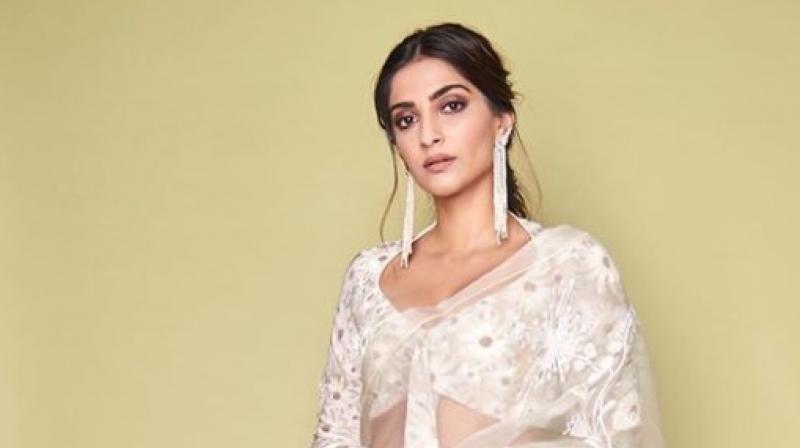 Sonam Kapoor is the next female Bollywood star working her endorphins to get herself a set of six-pack abs. The actor posted a video of herself doing the weights on Insta.
The caption says," Working out super hard with @milestone_fitness at @upfitnessmumbai Morning workouts are the best ! They really get the endorphins going! #ifeelgood #cantwaitfora6pack".
Kapoor's video was met with mostly positive comments from her followers. One user commented "Beast mode," which is gym slang for anyone going full throttle during a workout. Another wrote, “Inspiring boss lady winning hearts empowers women.”
However, a "fitness expert" didn't shy away from sharing his bro-science wisdom and said, "Uff u trying much weight starts from less weight...we can't go to last step without our first step".

Sonam Kapoor needs to lose weight? Really? The 34-year old is reed thin and has been likened to Audrey Hepburn for her light frame! Six-pack abs are indeed hard to achieve for female stars, but they should not be difficult to achieve for Sonam.

One prerequisite for abs is minimum belly fat. The fat layer has to be burnt off before the muscles under will show through. Sonam would have to reach 16-19 per cent fat level, the prescribed minimum for females.

Of course, belly fat is usually the last to burn and the first to reappear. Sonam would have to balance her diet and keep away from white flour and sugar and go for a fish or lean meat diet apart from doing her reps and cardio.