Of snakes and royals

Mallika Sherawat to star in a fantasy-horror thriller. 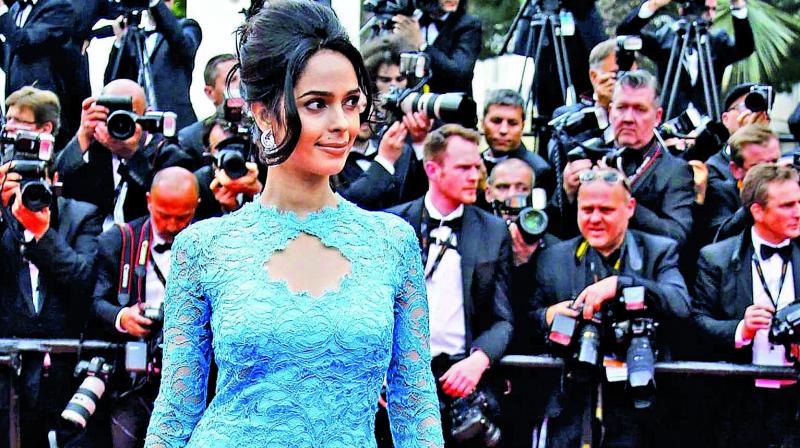 Bollywood actress Mallika Sherawat, who made a sensational debut in Kamal Haasan’s Dasavatharam and later grooved to a special song, Sala Sala, in STR’s Osthe, is back in K’town with a fantasy-horror-thriller titled Paambaattam. The Murder actress will portray a princess or queen, according to informed sources.

Vadivudayan, who directs the movie, told DC that “though inspired by a royal family, I wove fictional details into the script.” He was tight-lipped about the identity of the royal family, though. “I went to Mumbai and narrated the entire story to Mallika who was impressed by the significance of her central role. She gave me bulk dates of 60 days at a stretch”, he added.

Ask him about the reference to ‘Paambu’ (snake) in the title, and he says, “I can’t disclose much at this point of time. There are many legends attached to royal families. In Paambaattam, the family has a serpent (paambu) curse and stuff related to that.” Ah! We get why Naagamathie is the name of the character Mallika plays!

The film has a mix of period and modern backgrounds, Vadivudayan says. We had earlier reported that Jeevan of KakkaKakka fame had been roped in as the lead guy in the movie.

The film seems to be heavy on CG, and work on this has already begun. Produced by V Palanivel, it will be shot extensively in Hyderabad, Bengaluru and South Africa. Amresh will be composing the music. The movie will go on the floors this month-end and the director plans to release it this summer.