Entertainment   Bollywood  05 Feb 2020  Look who all were at Armaan-Anissa's wedding reception
Entertainment, Bollywood

Look who all were at Armaan-Anissa's wedding reception 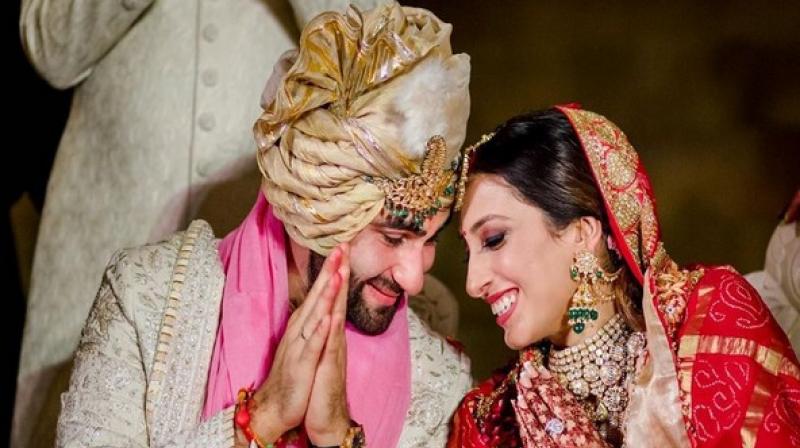 Armaan Jain and Anissa Malhotra at their wedding reception (Instagram via ANI).

MUMBAI: The entire Bollywood film fraternity came decked up for Armaan Jain and Anissa Malhotra's big fat wedding reception in Mumbai Monday night. On February 3, the actor tied the knot with his long-time partner Anissa. B-town was present to pour their love on the newlyweds.

Armaan Jain, the star of 2014’s Hum Deewana Dil,  looked dapper in his wedding suit while the bride looked radiant.

Kareena Kapoor Khan showed up in a light emerald lehenga and was later joined by her sister Karishma Kapoor and her daughter Samiera Kapoor. Karishma's father Randhir Kapoor looked handsome as always in a black suit.

Sonam Kapoor was there to bless the couple. She opted for a white gota saree from Good Earth's couture collection. Her dad Anil Kapoor was seen posing for the camera came along with wife Sunita Kapoor.

Soha Ali Khan was all dolled up in a beige lehenga with flowers and leaves embedded on it came along with her husband Kunal Kemmu who rocked with an Indo-Western outfit with white sneakers.

Karan Johar opted for a red velvet sherwani and also danced in the reception to make it special.

Johar was joined by Indian designer Manish Malhotra who was decked up in a black sherwani for the occasion.