It's an adaptation of 1978 hit Pati Patni Aur Woh, which featured Sanjeev Kumar, Vidya Sinha and Ranjeeta in the lead roles. 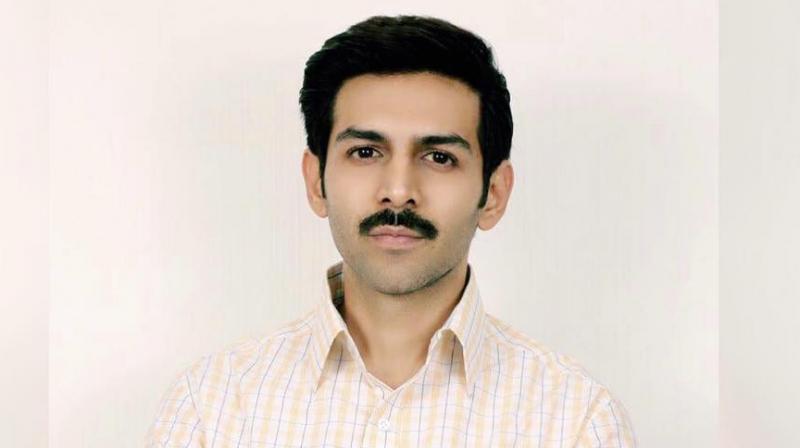 Drifting away from his usual boy next door look that he sports in many of his romantic comedies, in this picture, Kartik can be seen in a simpler avatar, wearing a checked shirt and trousers.

His character in the picture resembles Shah Rukh Khan of Rab Ne Bana Di Jodi. The remake is being directed by Mudassar Aziz, who has previously helmed films like 'Dulha Mil Gaya', 'Happy Bhag Jayegi' and 'Happy Phirr Bhag Jayegi'.

The film is an adaptation of the 1978 drama Pati Patni Aur Woh, which featured Sanjeev Kumar, Vidya Sinha and Ranjeeta Kaur in the lead roles. The film revolves around Ranjeet (Sanjeev), who has a son with his wife Sharda (Vidya) and is also involved with his secretary Nirmala (Ranjeeta).

The film will see Bhushan Kumar (of T-Series), Abhay Chopra and Juno Chopra (of BR Studios), once again join forces after 'Bhoothnath Returns'.