Kangana Ranaut to zoom around in vintage car for Rangoon promotions

It would be refreshing to see a vintage car being driven around and who better than Kangana to emerge from it. 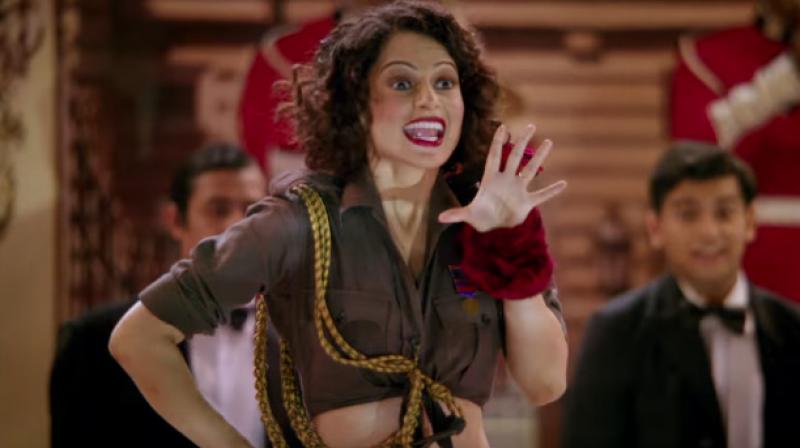 Kangana in the song 'Bloody Hell' from the film.

Mumbai: 'Jaanbaaz Julia' Kangana Rananut, who loves getting into the skin of her character, is all set to have a new mode of transport, an exquisite vintage car, in which the actress will be seen travelling at all times for the next one month.

'Queen's next, 'Rangoon', seems to have a lot of British influence as depicted in the trailer and songs as the film is based in the 1940s, when India was fighting for Independence.

Vintage cars have a classy vibe and definitely make heads turn, as does the feisty Julia. We also see a glimpse of vintage cars in the trailer itself and it builds curiosity about the ambience of the 1940s.

It is going to be strikingly refreshing to see a vintage car being driven around and who better than 'Toofan Ki Beti' to emerge from it.

Directed by Vishal Bhardwaj and also starring Saif Ali Khan and Shahid Kapoor, the film is a passionate period drama set against the backdrop of World War II and is all set to hit the big screens on February 24.