Entertainment   Bollywood  05 Feb 2017  Girish Kumar Taurani has been married for a year now, explains why he kept it a secret!
Entertainment, Bollywood

Girish Kumar Taurani has been married for a year now, explains why he kept it a secret!

Fearing the ‘married’ tag will hamper his Bollywood career, the actor chose to keep the news under wraps. 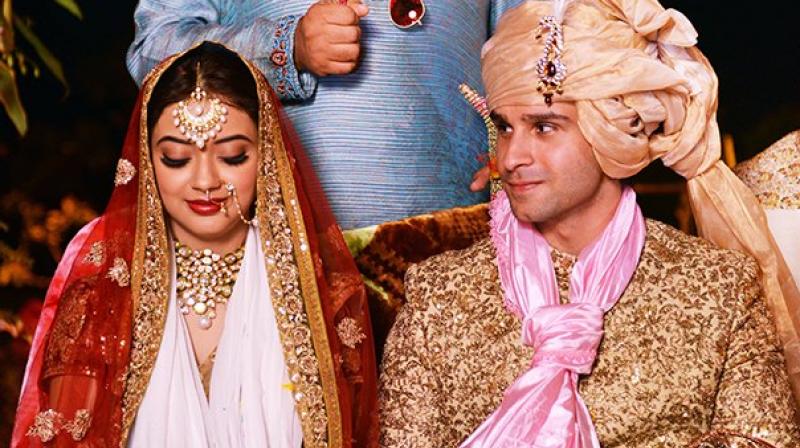 They married on January 11 last year, eight days before the realse of his second film 'Loveshhuda'.

Mumbai: Actor and film producer Ramesh Taurani’s son, Girish Kumar Taurani, who was last seen in ‘Loveshhudha’ opposite Navneet Kaur Dhillon, has secretly been married for almost a year now!

Just yesterday, confessing his love for his childhood sweetheart-turned-wife Krsna, Girish posted a wedding photo on Instagram, captioning it: My everything, mine forever. 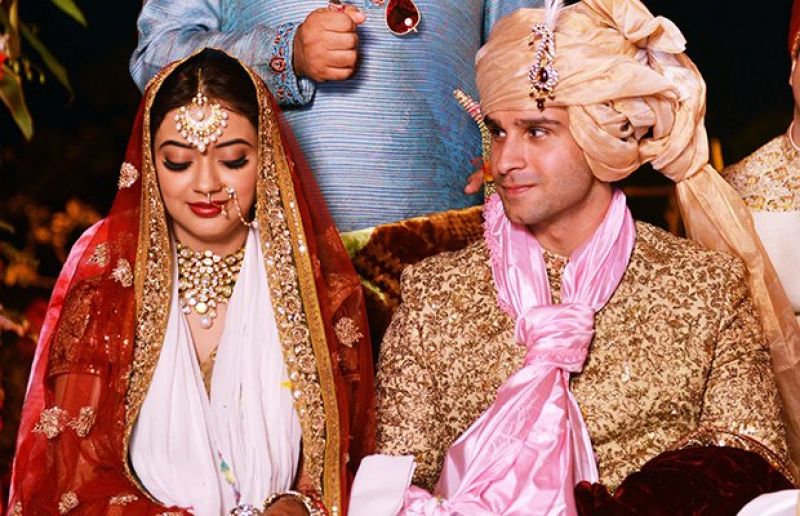 “Krsna and I were childhood friends and schoolmates. We started dating in our teens and in 2007, we realized this was serious and for keeps,” revealed the actor to a daily.

Although he is happily married, hiding it from the world is a decision he had taken for the sake of his film career.

“Krsna was a little apprehensive but she understood my need to safeguard my film's interests. But now I want share her with the world and declare my love for her officially,” explains the ‘Ramaiya Vastavaiya’ star.

The couple tied the knot in traditional Sindhi style and honeymooned across Europe, exploring through Scotland, London, Ibiza, Barcelona, Nice and Paris.

As she reminisces her big day, Krsna cannot help gushing. “I wore a 14 kg lehenga designed by Manish Malhotra for my wedding and Girish couldn't take his eyes off me. He even made the pandit wait in the mandap so I could drink some coffee since I'd been busy with rituals all day and not found the time to eat anything, These little things are so romantic.”

Girish, however, popped the question in an unusual way. There were no exotic flowers showering over her or drums rolling when he asked ‘Will you’ and she said “Yes’.

“He hadn't even showered and proposed to me in a nightsuit,” reveals Krsna.

On work front, the actor is currently working with his Dad on some music-related project but his heart lies in acting. “Currently, I'm helping dad (producer Kumar Taurani) with some music for his films but acting remains my only love. I'm fortunate I come from a well-to-do-family and don't have to worry about my bread and butter. I'm looking for a good script to make my comeback to the screen.”