This is going to be first collaboration between Akshay Kumar and Karan Johar as producers. The shoot begins today. 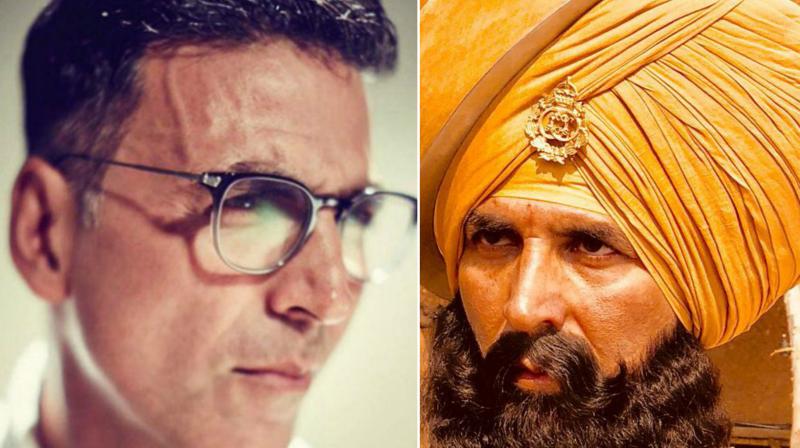 Mumbai: Back in 2017, Producer Karan Johar had made a blockbuster announcement of his much-awaited film in collaboration with Akshay Kumar. The duo has joined hands to make the epic film based on the Battle of Saragarhi, titled, ‘Kesari’.

As the Khiladi star starts shooting for the film today, Akshay has revealed the first look of his character from the film. The intense first look sees Akshay donning long beard and moustache in which he is looking ferocious. The actor is seen wearing khaki uniform and yellow turban which is sure create a lot of excitement about his character in the film.

While sharing the picture, the actor captioned it saying, "Feeling nothing but immense pride and gratitude while sharing this. Beginning my 2018 with #KESARI, my most ambitious film and a lot of passion. Need your best wishes as always 🙏🏻 "

Feeling nothing but immense pride and gratitude while sharing this. Beginning my 2018 with #KESARI, my most ambitious film and a lot of passion. Need your best wishes as always 🙏🏻 @dharmamovies@iAmAzure @SinghAnurag79 pic.twitter.com/NOQ5x7FKRK

Akshay Kumar, who is currently promoting his upcoming social drama film ‘PadMan’, has simultaneously begun the shooting for his ambitious film ‘Kesari’ from today. Producer Karan Johar shared the news on Twitter:

The makers are expected to announce the leading actress of the film soon.

Directed by Anurag Singh, Kesari will hit the screens on Holi 2019.