Exclusive: 1921 is a first romance based horror film after Raaz, says Karan Kundrra

Karan Kundrra, who won hearts with his oomph factor on small screen for a decade, is all set for '1921'. 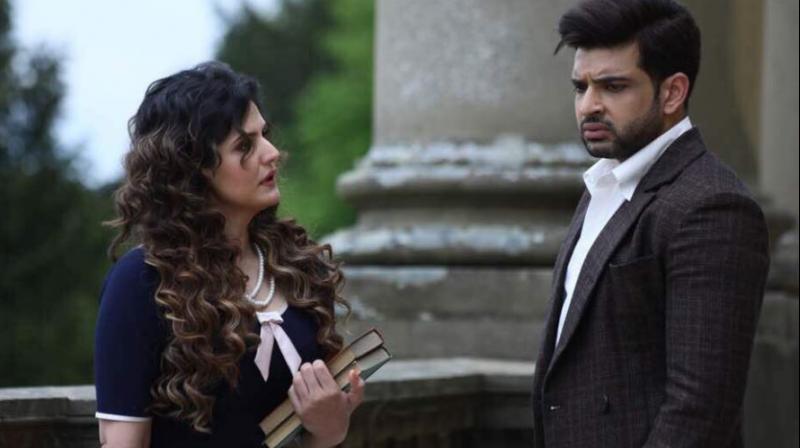 Mumbai: After winning hearts with his oomph factor on small screen for a decade, Karan Kundrra marked his Bollywood debut with 'Horror Story' in 2013 but the film went unnoticed. Later, the actor was recently seen in a miniscule role in ‘Mubarakan’ but the actor considers ‘1921’ to be his grand launch in Bollywood. In an exclusive chat with Asian Age, Karan talks about his role in 1921, working with Zareen Khan, his initial days of television and much more. Excerpts:

When Vikram sir had called me for ‘Horror Story’ earlier, he categorically told me that this film  wasn’t my launch. It was a small budget 90-minute film which was a psychological thriller. There was no lead actor except for bunch of kids. He wanted to make that film because it was very close to him. It was an experiment and I willingly said yes to the film so that wasn’t my launch. Later, 'Mubarakan' came my way but it wasn’t my film. It had so many big stars and back then I was focussing on MTV Roadies and my other shows I was part of. '1921' just happened.

I believe that when things have to happen, it will happen no matter what. When I was trying too hard to get into films, spending so many lakhs on doing my PR, not doing TV with the intention of not seeing much but all in vain. Later, I moved back to television and did my bit. When I stopped doing things that I mentioned, then I got work. I was not giving auditions during that time. I did 'Mubarakan' only because it was a fun character and nothing else. There was no intention of gaining something in movie industry out of it. I got to work with talented actors like Ratna Pathak Shah, Anil Kapoor, Anees Bazmee, Pawan Malhotra. I would have never got a chance to work with all these on Television.

So TV happened by choice…

No actually. Earlier, I was in IT industry and had my own call centre. Ekta Kapoor saw me on Facebook in 2008 and that’s how I got into small screen. I came to Mumbai and started doing television shows.

I am playing a pianist of 1920’s. He goes to New Yorkshire to learn music and then many things happen with him. I feel after ‘Raaz’, there hasn’t been any romance based horror film made.

How was it working with Zareen?

Zareen is such a fun person to work with. I call her ‘giggles’. She and I kept laughing on the sets throughout our schedule. After a shot, Vikram sir used to ask that whether we were laughing inside while shooting a serious scene. She is a very cool chic. Surprisingly, I never thought she will be like this.

As an audience, no matter how much we watch GOT (Game of Thrones), we will go and watch a good Indian film like ‘MOM’, ‘Dangal’ etc. These days content is the king. There was a time when people used to say that television actors are over exposed because they watch them everyday. Why one will go to a cinema hall to see Sushant Singh Rajput who was a household name back then. It seemed a joke if someone wished to make a 150 crore fantasy film until 'Baahubali' happened. Yes, If we talk about horror genre, these things matters else we need to see an individual project. It is very important to know whom you are making film for. I am a horror fanatic and watch Netfilx, that doesn’t mean that I will expect ‘1921’ to be ‘Conjuring’ or ‘Anabelle’. My film has everything which will thrill the audience.