The film is being produced by Maneesh Sharma, who also discovered Divyang. 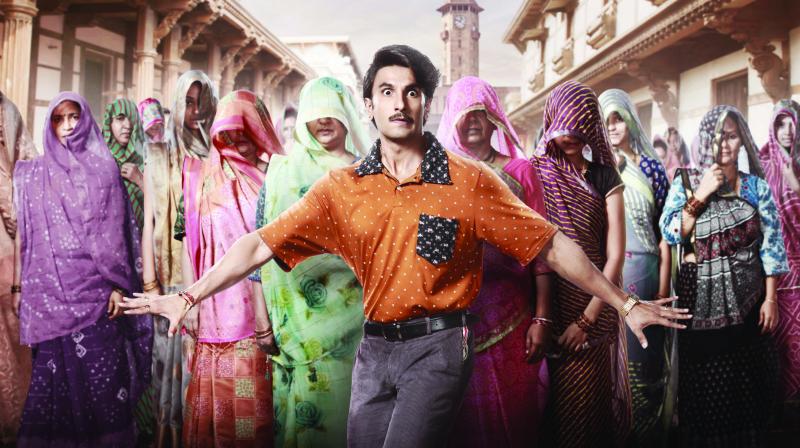 The actor says his character in Jayeshbhai Jordaar is an ordinary man who does something extraordinary.

Mumbai: Ranveer Singh for the first time will be seen playing the role of a Gujarati man in Jayeshbhai Jordaar, which is directed by a debutant writer-director Divyang Thakkar.

In the exclusive still, Ranveer is seen to have visibly transformed himself again, shedding many kilos to play a Gujarati man who is trying to protect the women standing behind him. He isn’t the alpha hero as played by leading men in Bollywood, and the first look makes it obvious that the film will champion the cause of women empowerment.

“As Charlie Chaplin once said, ‘To truly laugh, you must be able to take your pain, and play with it.’ Jayeshbhai is an unlikely hero — an ordinary man, who ends up doing something extraordinary when he’s hurled into a threatening situation. Jayeshbhai is sensitive and compassionate. He believes in equal rights between men and women in a society that is deeply rooted in patriarchal ideals, practices and doctrines,” Ranveer reveals about his character.

He adds, “Jayeshbhai presented an exciting challenge — to deconstruct myself in order to transform into a kind of character I’ve never inhabited before.”

The versatile actor also showered heaps of praise on his director. “Divyang has poured his soul into this brilliant piece of writing that will nudge you to introspect whilst making you smile and laugh the entire time,” he says.

The film is being produced by Maneesh Sharma, who also discovered Divyang. Maneesh says, “Ranveer is fearless when it comes to inhabiting a role, and has continued his risk taking behaviour, eschewing his looks for his character’s needs. For Jayeshbhai Jordaar, Divyang had the vision of a protagonist that went against the cloth — a hero that isn’t necessarily hyper-masculine. This faith on the director’s vision and the self-confidence of going against your image is what makes Ranveer a filmmaker’s delight and one of India’s biggest stars.”