Vinta Nanda, who has charged actor Alok Nath with rape, is appalled that the film industry is still willing to work with him. 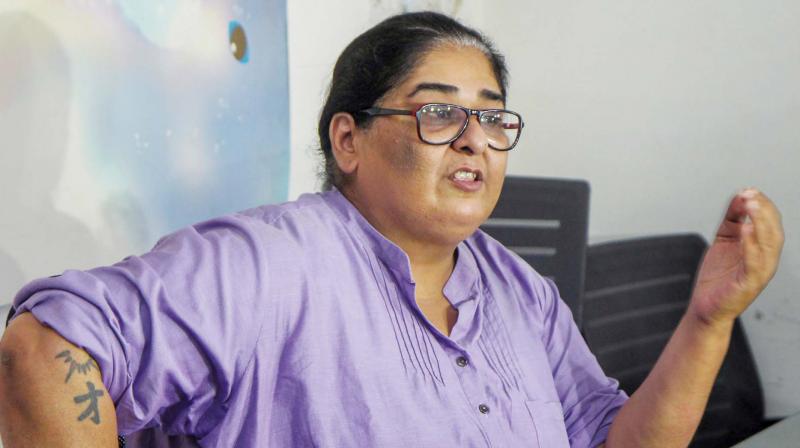 Vinta Nanda, who has charged actor Alok Nath with rape, is appalled that the film industry is still willing to work with him. Apparently, Alok Nath has completed his work on Luv Ranjan-produced De De Pyar de which stars Ajay Devgan.

Angry and upset Vinta Nanda lashed out at the film industry for tacitly supporting the sexual offender. “He’s brazening it out and there is a section of the industry, which seems to be complicit and protective towards his predatory behaviour. This should be very worrying for new generations of creative professionals. That is, if we really mean what we say when we proclaim that corrective measures are being made and ICCs are being set up across industry associations because serious action must be taken against those who have been named for behaving indecently with women.”

Vinta points out how another alleged sexual offender Sajid Ali was sacked from his directorial responsibilities of Housefull 4. “Unlike Sajid Khan who stepped out from work because the actors of the film he was directing said they would not work with him until his name was in the clear, the list of actors, producers and directors working with Alok Nath don’t seem to be bothered about the fact that not one but five women have called him out. That in itself goes to reveal how apathetic towards women’s issues our industry is.”

Vinta praises Farhan Akhtar for speaking out against his cousin Sajid Khan’s predatory behaviour. “When Farhan Akhtar spoke with so much sensitivity about his brother Sajid, on Barkha Dutt’s platform ‘We The Women’, he actually set an example of how our industry should react to somebody who belongs to us but who has done something wrong, which cannot be condoned. After all, those who have been wronged are also one of us so what Farhan said pretty much summed up that this issue needs to be dealt with utmost sensitivity and objectivity.”

In the meanwhile, Vinta is unhappy with the Indian Film & Television Directors Association (IFTDA)’s seeming apathy towards the offenders. “We’re awaiting IFTDA’s stand. According to media reports IFTDA was to announce its stand in a week’s time from the 22nd November. It’s over a week now, so we should know any day. CINTAA (Cine  & TV Artistes Association) has expelled Alok Nath already so whoever is working with Mr. Nath post his expulsion, is doing so in defiance and disrespect to an apex body which governs the industry of entertainment.”