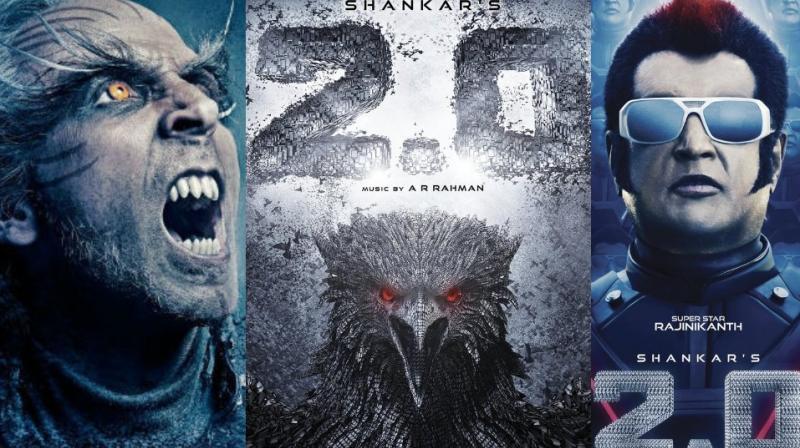 Posters of Rajinikanth and Akshay Kumar from '2.0'.

New Delhi: Bollywood actor Akshay Kumar and superstar Rajinikanth starrer '2.0' that took a super start on Day 1 at the box office, has entered the 100 crore club in just five days.

According to Taran, the film packed an impressive total in its extended opening weekend and has the stamina to perform well on weekdays.

Helmed by S. Shankar, the flick stars the 'Gold' actor as a mysterious supervillain, who has the superpower to control crows and mobile phones. He takes over the world with this ability. When the world is in a desperate need of a superhero, scientists and researchers bring back Chitti, the robot (Rajinikanth's character).

Ensuring to 'reboot superpower', the sci-fi flick brings Rajinikanth, Akshay Kumar, and director Shankar together for the first time and is a sequel of 2010 film 'Enthiran', which had released in Hindi as 'Robot'.