The Kapoors have maintained a dignified silence on the exact nature of the illness and the treatment amidst the bevy of rumours. 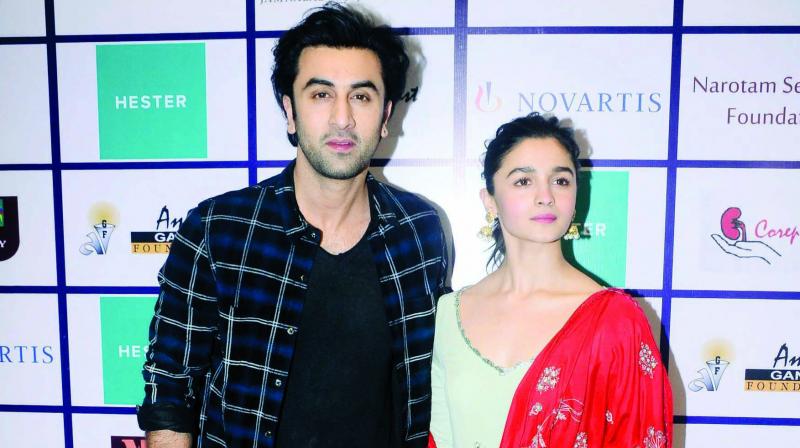 Rishi Kapoor and Neetu Singh are staying put for a few more weeks in New York City for Rishi Kapoor's treatment. The Kapoors have maintained a dignified silence on the exact nature of the illness and the treatment amidst the bevy of rumours.

So Ranbir Kapoor and Alia Bhatt will be visiting and spending the Christmas and the New Year period with the senior Kapoors this year.

It can be recalled that it was during the New Year period that Ranbir and Alia were in Israel preparing for their film Brahmastra when Cupid's arrow proved as the brahmastra in cementing their relationship after both of them were just out of relationships - Ranbir with Katrina Kaif and Alia with Sidharth Malhotra.

"At a time when couples normally plan a quiet getaway, it is nice to know that Alia and Ranbir are trying to spend time with Ranbir's family, cheering up Rishi so that he can get better at the earliest. Rishi is admitted to the Sloan Kettering Hospital and the couple will be seen around Rishi during that period. Of course, they will have some us-time as well," says a source.

Rishi Kapoor went off to the US by the end of September for his treatment when his mother Krishna Raj Kapoor expired. Rishi wasn't present due to his treatment.