Born as Balbir Raj Kapoor, he has appeared in multiple Bollywood films alongside some English language ones. 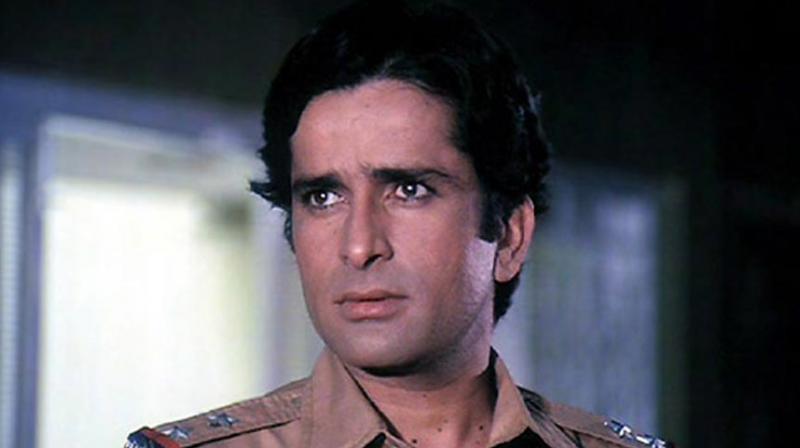 Mumbai: Veteran Bollywood actor Shashi Kapoor passed away. He was 79.

The yesteryear superstar has been unwell for several months and breathed his last at 5:20 PM at Kokilaben Hospital in Mumbai.

My favourite shashi kapoor rests in peace today 🙏🏽 will be remembered always pic.twitter.com/hv2KQOgOyf

Born as Balbir Raj Kapoor, he has appeared in multiple Bollywood films alongside some English language ones.

The youngest son of Prithviraj Kapoor, Shashi Kapoor was honoured with the coveted Padmabhushan by the government of India in 2011. He was also awarded the Dadasaheb Phalke award in 2014.

Bollywood celebrities took to Twitter to offer their condolences.

#RIPShashiKapoor ...the most charming and enigmatic actor ever...a gentleman movie star! His legacy in film and theatre is exceptional...thoughts and prayers with the family....his work will always live on... pic.twitter.com/U9jsAGxGET

Thank you for your body of work both as an actor and as a producer. Rest in peace, Sir. #ShashiKapoor

As the skies burst and it begins to rain in this part of Mumbai. My heart is filled with deep gratitude. Thank you Sir ! You touched our lives only the way you could have . 🙏🙏🙏 pic.twitter.com/IzRvKDOXM9

RIP Shashi Kapoor. The charming man, the brave producer, the lovely actor, my neighbour is no more.

One of my favourites passed away today. A handsome charming gentleman who entertained us for 40+ years. His endearing smile will be embedded in my memories.
RIP #ShashiKapoor pic.twitter.com/wXM0YSoQ45