Rajiev tells me when I go wrong, says Kapil Sharma

Audiences are open to all kinds of experiences now: Kapil Sharma 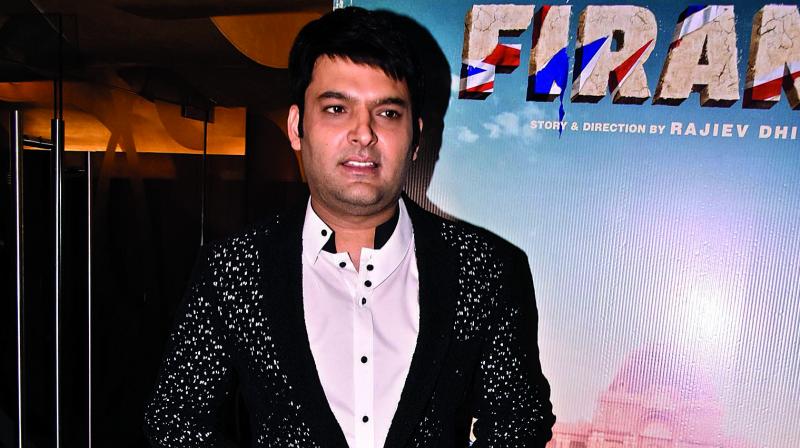 A year full of controversies and setbacks later, Kapil Sharma has managed to release his second movie, Firangi, where he portrays an innocent man grappling with the Colonial Raj. We speak to Kapil about his career plans, personal life and more. Edited excerpts from the interview.

Firangi is quite a departure from your first film Kis Kisko Pyaar Karoon and your image as that of a stand-up comic.
My friend Rajiev Dhingra, who directed Firangi, sat down with for one and a half years, and we exchanged ideas on what we could do together. We decided we would do a period film for sure, but we didn’t want to do the usual ‘evil colonisers and innocent peasants’ movie. We wanted to have a fresh take on the Raj. I think we succeeded in doing that.

Rajiev seems to have ensured your fans get they want from your innocence. But there’s also a new avatar, different from your comic makeup.
Yes, mera character bholepan mein bohot kuch kar jaata hai. (My character does a lot without understanding repercussions). Rajiev knows me better than almost anyone else. We’ve been friends for years. Often it happens so that people close to you know you better than you do yourself. Rajiev knows me well enough to know what I can and can’t do. He directed me accordingly. Sometimes I’d go over-the-top, but he’d bring me back to normalcy. He knew that the audience wanted to see me playing a normal guy, who can make others laugh.

Do you like pushing the envelope?
It will be boring for the audience and me if I don’t. That’s why I’m also planning a radical change to The Kapil Sharma Show too. As far as feature films go, I will try to do something different each time. I already have an idea for my next movie. Audiences are open to all kinds of experiences now. I saw Newton; it was so different, yet so successful.

Firangi is a tad too long, though?
Oh, you’ll be surprised at how much we left out. There was a scene where my character asks the British officer what financial constraints bring his people to India, because normally poor Indians go to Kolkata. They came all the way from England to India.

Have you shown the movie to your friends from the industry like Shah Rukh Khan and Akshay Kumar?
Not yet. We had a screening for the cast and crew on Thursday. They’ll obviously say nice things. Very often, us entertainers and actors get cut off from reality because we surround ourselves with yes-men. It’s very important to listen to people who don’t flatter you and correct you when you’re wrong. Rajiev is one such friend; he tells me when I go wrong.