I wouldn't oppose that: Ranveer Singh on ban on Pakistani artists

Bollywood remains divided on the issue of ban on Pakistani artists; Ranveer feels it is high time we showed solidarity. 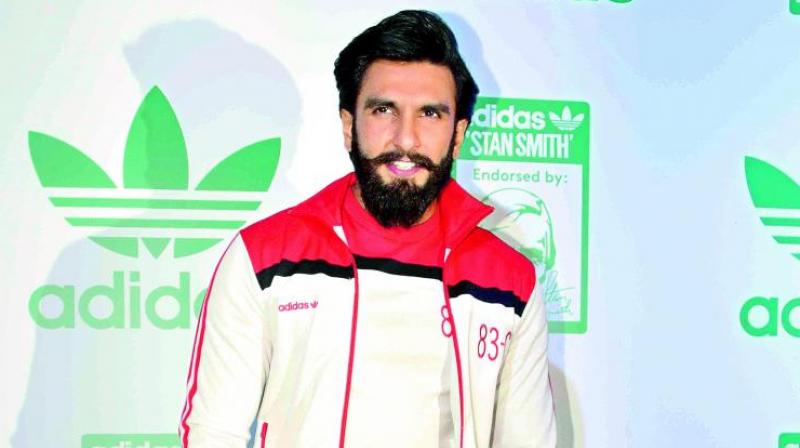 Ranveer is of the opinion that if them (the Pakistani artists) working in India makes even one person uncomfortable, then it is our (the people's) duty to show solidarity towards the nation.

Mumbai: While some of the big guns from film industry have vehemently criticised the self-imposed ban on Pakistani artists working in India, others are of the opinion that the ban is a fair move.

One actor who has been keeping mum for the longest time on this critical issue is the emerging star of Bollywood, Ranveer Singh.

In a recent chat show with NDTV, Ranveer was asked many a question, among which was the much talked about ban on Pakistani artists.

To which Ranveer replied, “I really feel that artists should be just left alone and be able to do there thing but at the same time, I will tell you that even if there is one person who doesn’t want that. Given the situation, even if there is one person who is not comfortable, I think we need to show solidarity as a nation and I wouldn’t oppose that."

Singh, who had openly admitted to and frankly elaborated on his casting couch experience on this very show, was asked if superstars like Shah Rukh Khan being flaked over voicing their political opinions will preclude him from doing the same.

Ranveer, who has himself faced backlash for featuring in an ad that allegedly objectifies women, said," I am a really really simple person, my political views are probably agnostic. I know very little about this whole gamut of politics. I, subconsciously, steer very clear from it. I am an artist and like to be just that.”

After the Uri attacks that saw 18 Indian soldiers losing their lives to terrorism, the country finds itself in the middle of an unusual battle with Pakistani actors. The Maharashtra Navnirman Sena (MNS) had given a 48-hour ultimatum to Pakistani artistes to leave the country forcing actors like Fawad Khan to leave. Things got messier when Indian Motion Picture Producers’ Association (IMPPA) announced a ban on Pakistani artists and technicians for an indefinite period until normalcy returns.

While celebs like Salman Khan, Karan Johar and Mahesh Bhatt have condemned the decision of banning Pakistan talent, veteran actor Nana Patekar feels that the country should come first and artists are only a small part of it.

Now, Shah Rukh Khan's 'Raees', starring Pakistani star Mahira Khan, may also face similar fate. Rumours have it, since the Uri attack and surgical strikes, Mahira has not come back to complete her shoot and her role in the movie has also been trimmed down.