The sun in his corner

I’ve tried to set up the film in the ’90s backdrop, says Abhishek Sharma 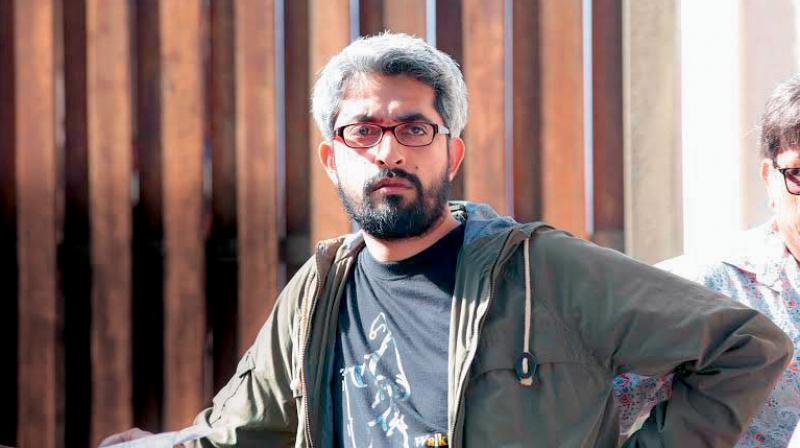 Director Abhishek Sharma, who made blockbusters such as the 2018-film Parmanu: The Story of Pokhran and the hilarious 2010-film Tere Bin Laden, is desperately awaiting the opening of cinema halls for his Diwali-release comedy, Suraj Pey Mangal Bhaari (SPMB) on November 13, 2020.

Abhishek hopes the audiences have as much fun watching as the films’ crew and cast had while making it. “I’ve tried to set up the film in the ’90s, like Basu Chatterjee and Hrishikesh Mukherjee’s films,” he adds.

However, Abhishek says he isn’t experiencing Friday Jitters; instead, his fears are based on the opening of movie theatres. “I wish to provide theatrical experiences to my audiences, so I am keeping my fingers crossed as the theatres are opening in November. Also, I’m hoping theatres in Punjab and Maharashtra open as things aren’t very clear there,” says Abhishek.

The filmmaker’s upcoming, yet-untitled film, for which he has locked the script, has John Abraham in the lead, playing a character never seen before. Incidentally, John also is said to be producing the film, which is expected to start by end of 2021. “John is busy and we’ll get clarity once he finishes with his present commitments,” explains Abhishek.

The director also shares that while he’s not in a hurry to disclose the genre of his yet-untitled with John, the film’s script is seemingly one that’s never been done in India before.

However, the team’s yet to choose a leading lady in the film. “We’ve just cast John Abraham. About six months before starting the film, we will begin the casting of the leading lady and others,” he says, signing off.