A series of videos that have been put up by his fans show glimpses of his performance. 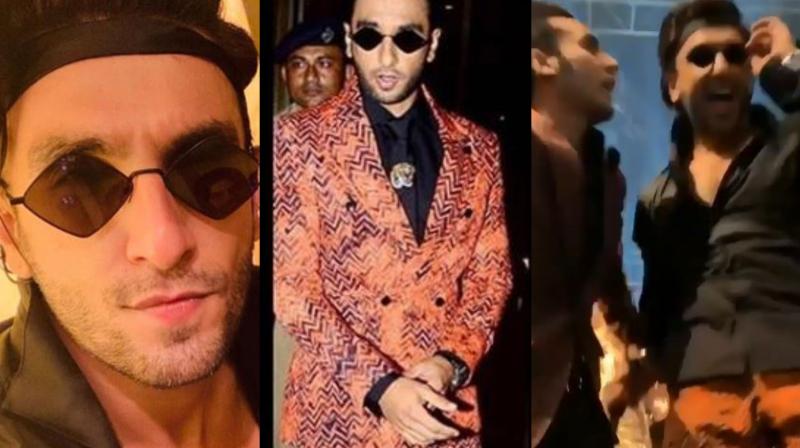 Mumbai: Bollywood actor Ranveer Singh agrees that he is a complete ‘entertainer’ and the proof is his recent clean-shaven look in Indian attire. He had put up a humorous Instagram post on being available for all kinds of social occasions, from wedding to mundan.

He captioned it as, ‘Entertainer for Hire. 🕺🏿Available for events, wedding, budday party, mundan 🎊’. It seems like he has taken the entertainer tag seriously. The Simmba actor was later spotted entertaining guests at a wedding in Delhi on Sunday.

A series of videos that have been put up by his fans show glimpses of his performance. The crowd applause for him, as he grooves to popular hits namely ‘Tattad Tattad’ from Goliyon Ki Rasleela Ram-Leela, ‘Aankh Marey’, ‘Kala Chashma’ and ‘My Name Is Lakhan'.

In the video, we can see the ace actor wearing bright orange western attire, with black diamond-shaped glasses.

A post shared by Ranveer Singh fanbase (@ranveersinghglorious) on Nov 2, 2019 at 9:29am PDT

In another video, he is showing off his energetic moves in a black t-shirt with his fans.

A post shared by Ranveer Singh fanbase (@ranveersinghglorious) on Nov 3, 2019 at 2:00am PST

On the work front, Ranveer will next be seen in Kabir Khan directorial ’83. He is essaying the role of ex Indian cricket captain Kapil Dev. The film also has Deepika Padukone who is playing his onscreen wife, Romi Dev and is slated to release on April 10, 2020. He will also be seen doing a cameo in Rohit Shetty’s cop drama Sooryavanshi opposite Akshay Kumar and Ajay Devgn which is slated to release on March 27, 2020.