Aadar Jain is special to me, confirms Tara Sutaria 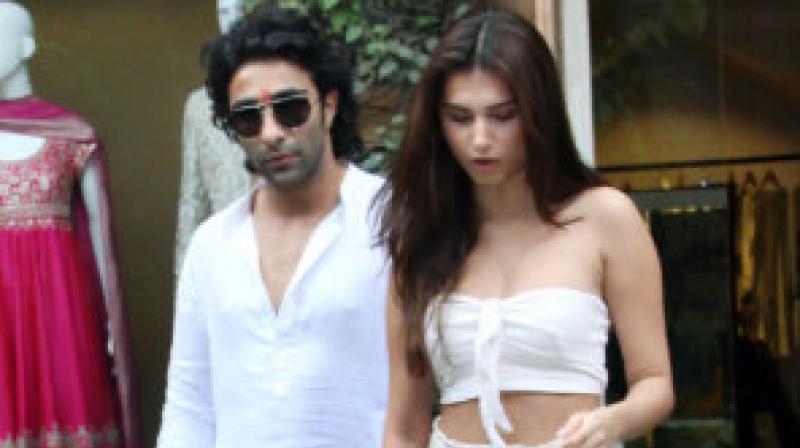 Mumbai: Tara Sutaria the new kid on the Bollywood block is rumored to be linked up with Aadar Jain. The rumored couple are frequently captured in the camera of the Paps. So does this irritate Tara? Also,Tara feels happy as she has received an open arms reception from the B-Town people. Read to know more:

Tara is all praises for Karan Johar as she quips, “Karan Johar  has a good will in the industry and people a like –“Dharma Productions.” He has created an empire and who could ask for a better launch. It helps all of us newcomers to be able to be recognized with our debut film itself.. I am getting offers"

Tara did not expect that life after her debut film 'Student of the Year 2' will change so drastically. "I didn’t know how it will play after student and so much media attention will be given. I think it’s really nice, but it has really exceeded my expectations too," she mentions.

Adding more she says, "The industry people have accepted me with their open arms and I am happy about it. I am quite grateful .The last one year has been new and magical. The paps have increasingly clicked me where ever they saw me."

Tara does not wish to name people from Bollywood who made her aware of the fact that she possesses all the heroine qualities. "They have actually, some of them. I can’t name them though. I am very happy about it. But as an actress one needs to possess certain qualities and as a star one needs to have certain qualities. An actor knows what qualities he/she needs to have? In fact you can’t mix the two together. An actor needs- dedication and hard work, also consistent approach to your work is needed."

Adding further about the star qualities Tara says, "I don’t know the qualities needed in a star .As I am not a star and I will know some day, maybe."

Coming back to paps we ask her if with her innumerable photographs with especially Aadar Jain does she not  gets Irritated with link ups? She says, "I have become immune to it and my parents too are immune and smile over it."

Your take on official announcement about being a couple (Aadar and Tara) that printed in an article published recently to this she says, “I didn’t announce anything. Yes we do spend a lot of time together and we go to restaurants and together we visit a few places as well.”

Tara Sutaria plays the mute character in her next soon to release film 'Marjaavaan' opposite Siddharth Malhotra. The film is being directed by Milap Zaveri.

Lastly about working with Siddharth Malhotra she says, "Yes, he is handsome Sid and me didn’t know each other but there was a  lot spoken and written about us. When we met on the sets Sid and  told me he had heard a lot about me," she concludes.