Taapsee opined that those criticising her for playing an older character may be just used to seeing her play young roles. 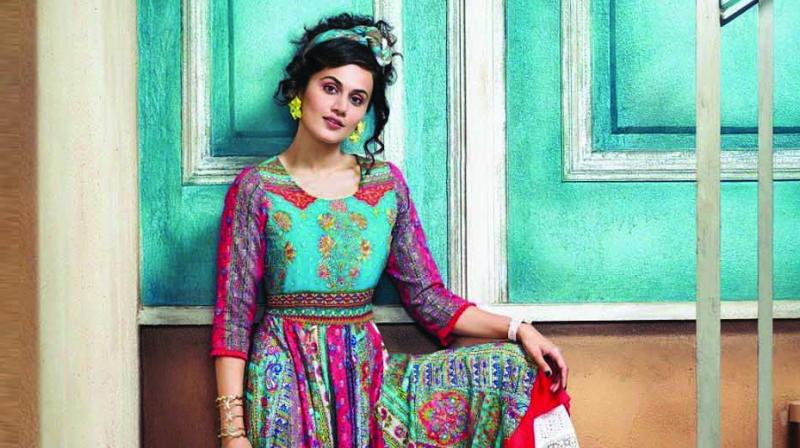 Taapsee Pannu has been enjoying working on Saand Ki Aankh, specifically her new look and the shoot. However, the Indian summer was not particularly kind.

“I enjoyed shooting in the month of March since the weather then was nice and cool. But in April, even a single drop sweat would wash away the makeup in that particular area. Then wearing it again was really a herculean task. Usually, it took us more than two-and-a-half hours to wear it on a daily basis,” the actress reveals.

Taapsee and her co-star Bhumi Pednekar faced a lot of backlash for playing older women in the film — they play Indian sharpshooters Chandro and Prakashi Tomar — but Taapsee is not affected. “I was pretty happy about being criticised for playing an aged person at this juncture of my film career. Perhaps people have seen me in different young roles, so they are unable to digest it,” she muses.

And as for older actors criticising the makers and asking them to cast people of the relevant ages, Taapsee is quick to retort: “Ek kam karti hoon main acting karna chhod deti hoon (I will do one thing, I will stop acting), and only play characters of my age and girls from Delhi. We are actors, so should we stop acting? As an actor, I will sometimes play characters of different ages. We should stop being camera actors, I think. I know it’s not an easy visual, as these women pick up guns at the age of 6o, and the film showcases their story from half of their current ages,” she explains.

Even though a variety of actresses, including Kangana Ranaut, denied the offer, Taapsee was very attracted to the script. “While I was hearing the script, my reference point was my mother. I literally cried for 2 hours, as every moment reminded me of my mother. As my reel mother would say: I will not let my girls spend life as I did, and if I have to pick up the gun at 60 to do it, then I will,” concludes Taapsee.