Fascinated by web and social media, Panag is one of the most influential people on Twitter. 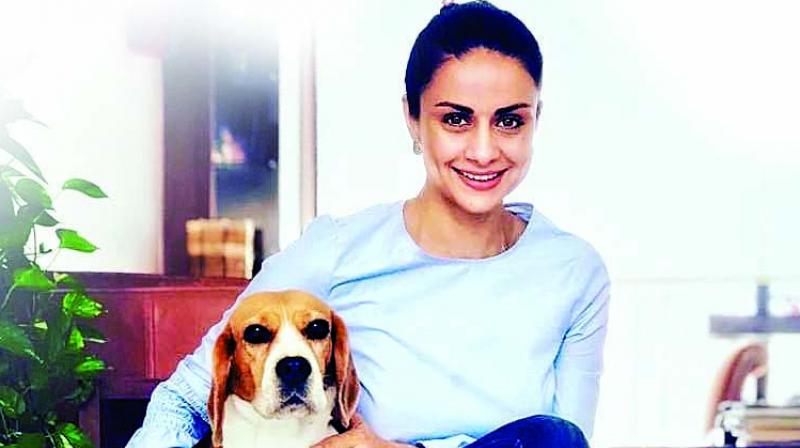 An actor, activist, traveller, politician and fitness enthusiast, Gul Panag talks about her idea of beauty and fashion, social media and her film choices.

When we recently met Gul Panag, the actor-model had teamed up with lifestyle brand Shades of India and was at their store launch in Mumbai. The actress looked effortlessly stunning in a floral print cotton saree, paired with a blue full-length blouse. However, she confesses that she never puts much thought behind dressing up, as she prefers practical dressing.

“The only thought I put behind my outfit is how little time it should take me to get ready. I am not somebody who can allocate lots of time to sitting and getting dressed or getting hair or makeup done. I am quick and efficient,” shares Panag, whose beauty and fashion mantras are largely about how she feels about herself. “As far as beauty and fashion are concerned, for me, the most important thing is being comfortable in whatever I wear,” she reveals.

Known for doing alternative cinema and meaningful roles in films like Dor and Manorama – Six Feet Under, the actress was last seen in Karan Johar’s Student of the Year 2, and is now playing a role of an intelligence officer in web-series The Family Man along with Manoj Bajpayee. When asked if SOTY 2 was her ticket to mainstream commercial cinema, she confesses that she wanted to be a part of a big canvas like Dharma Productions. “If you have options to work across the spectrum of cinema then you should always do it. I am equally interested in being a part of a big canvas,” says the actress, and adds that she enjoyed channelling the sports coach in the film. “Even though it was an extremely small role, I had great fun and had an enjoyable time being part of such a big exercise,” she shares.

Fascinated by web and social media, Panag is one of the most influential people on Twitter.

Her sharp and well-formed tweets give way to pent-up emotions, but the actress has never been the victim of trolling in the last 10 years of being on Twitter. “I am cognizant about the fact that I have a large following. You can always frame your point of view in a manner that is sensitive to all parties involved. And if you do that, then you do not get trolled,” reveals the activist. But does her fan following affect her brand endorsements on social media? “As a celebrity, it is important to be socially responsible and to make sure that your influence expedites widely,” Panag opines.

An actor, activist, traveller, politician and fitness enthusiast, the former beauty queen is also a licensed hobby pilot and now a mother to a one-year-old boy named Nihal. Nevertheless, she knows how to combine her passion with work. “I find different ways to remain active, be it through kickboxing or swimming or tennis. I am always looking for new ways to be active and by default, it becomes easier to be fit,” says the actor in conclusion.