Priyanka Chopra, who was the star of the Mary Kom biopic, is first choice to play the lead protagonist. 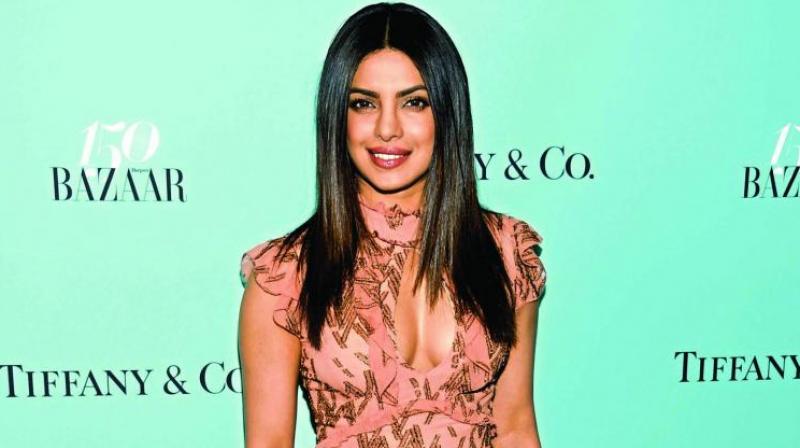 Of late, biopics on sports personalities have been the flavour of Indian cinema – and now, we have yet another biggie coming up!

Noted ad filmmaker Revathi S. Varma, acclaimed for her movies like June R with Jyothika in Tamil and Maad Dad in Malayalam, is now all set to wield the megaphone for the biopic of ace athlete and Olympian P.T. Usha.

A multilingual project with a whopping budget of Rs 100 crores, the film promises to be a grand spectacle — and Oscar winner A.R. Rahman has been approached to compose the music. The stunning Priyanka Chopra, who was the star of the Mary Kom biopic, is first choice to play the lead protagonist, and word is awaited on if the actress will take on yet another flick centered on a sporting character.

“I have been working on the biopic for the last few years… it was not easy to convince PT Usha to give her nod. Each time I approached her, she said the time wasn’t right! She wanted to see an Indian with a gold medal in athletics in the Olympics, only after that she was ready to say ‘yes’ for her biopic. Finally, I somehow persuade her and we signed on the agreement six months ago,” Revathy starts her conversation.

Quiz her if Priyanka Chopra has been brought on board, and the filmmaker replies, “We are in talks with her, but haven’t finalised it yet. A few other actresses from Bollywood are keen to essay PT Usha, but I feel Pee Cee would be the best fit. As far as this project is concerned, what is more important is its pre-preparation work. PT Usha was a perfect athlete, and anyone reprising her should develop a similar kind of physique with the speed, agility, energy and attitude that India’s sprint queen had. We need someone who will allot more time for the pre-production work. Priyanka, meanwhile, is busy with her Hollywood projects and other commitments… so we are hoping for the best!”

Revathy also revealed that the film will be made in English, Hindi, Chinese and Russian besides other Indian languages —“There are three male leads in the film, who will play Usha’s husband, her dad and coach Nambiar respectively; we will cast them once we finalise the heroine for this project.”

On A.R. Rahman reportedly being roped in, she said, “For a film like this, background music is extremely important, even more than the songs. I feel Rahman sir is the apt person for the task, but discussions with him are still in an initial stage. My producer Jayalal Menon is coordinating the same with him.”

But when we contacted AR Rahman, all he had to say was, “Like many other rumours, this is also false news. No one has contacted our management about this biopic yet.”