The first picture shows the legendary actor immortalised in her 'Hawa Hawai' avatar from 'Mr India'. 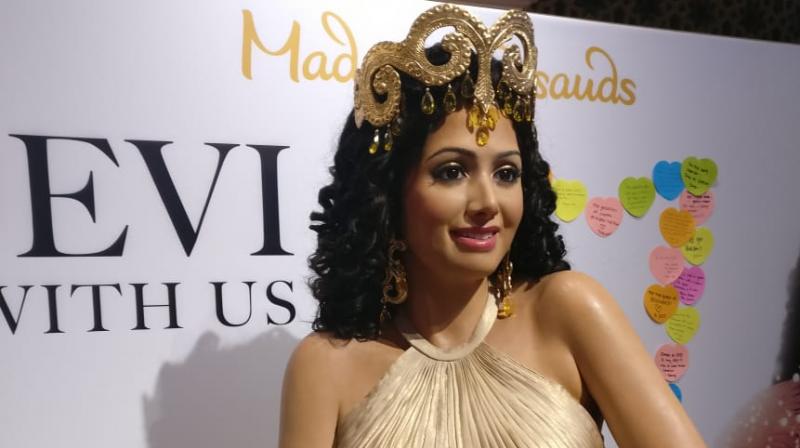 Film critic Taran Adarsh shared the news alongside two pictures from the event. The first picture shows the legendary actor immortalised in her 'Hawa Hawai' avatar from 'Mr. India'. The figure shows her donning a golden dress with matching accessories.

In the second picture, Boney, Janhvi, and Khushi Kapoor are seen posing with the wax statue of Sridevi.

Boney Kapoor along with daughters Janhvi and Khushi unveil the wax statue of #Sridevi at Madame Tussauds #Singapore. pic.twitter.com/w64fQBvUbz

Madame Tussauds decided to announce the addition of Srivedi's wax figure as a tribute to the late actor on her 56th birth anniversary on August 13.

Sridevi passed away on February 24 in Dubai, where she had gone to attend a family wedding. Born as Shree Amma Yanger Ayyapan in 1963, she was known for her iconic roles in Hindi movies like 'Chandni', 'Lamhe', 'Mr India', 'Chaalbaaz', 'Nagina', 'Sadma', and 'English Vinglish' among many more.

The Padma Shri awardee had also made a mark with her extraordinary performances in Tamil, Telugu, Hindi, Malayalam and Kannada films. Her last film was 'Mom' for which she also received Best Actress National Award, posthumously.