The makers have confirmed the news and brought the 'Race 3' actress on board for the forthcoming film. 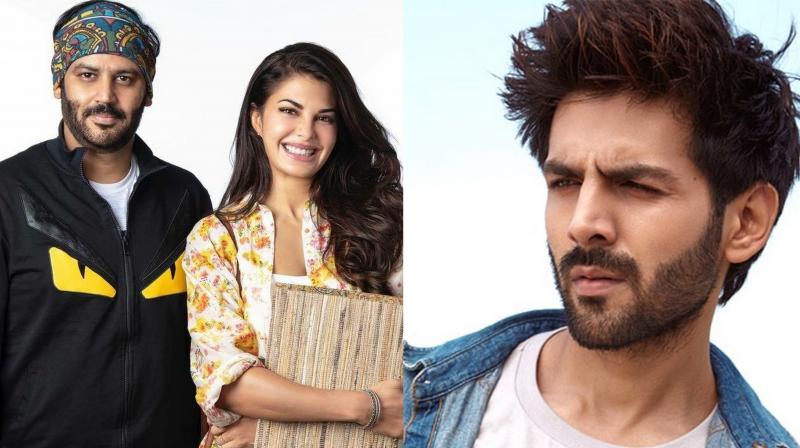 The film will be produced by Ajay Kapoor of Kyta Productions and helmed by the Abhishek Jain.

Mumbai: A few months ago, it was speculated that Jacqueline Fernandez had signed Kirik Party remake with Kartik Aaryan but no official announcement regarding the same was made. However, the makers have now confirmed the news and brought the 'Race 3' actress on board for the forthcoming film. The film will be produced by Ajay Kapoor of Kyta Productions and helmed by the Abhishek Jain.

Jacqueline Fernandez in the Hindi remake of #Kannada smash hit #KirikParty... Stars Kartik Aaryan in the lead... Produced by Ajay Kapoor [in the pic with Jacqueline], Dheeraj Wadhawan and Vrithika Laykar... Directed by Abhishek Jain. pic.twitter.com/q00xOpEgHk

Confirming the news producer Ajay Kapoor said, “We are excited to have Jacqueline Fernandez on board. She is someone the youth relates to and has amazing screen presence. This is the first time Jacqueline and Kartik have been cast together and we are confident audiences will enjoy watching this fresh pairing”.

Speaking about her exciting new project, Jacqueline Fernandez said, “I’m excited to work with Ajay Kapoor and be part of this film. It’s a great script with blockbuster music and I look forward to working with Kartik and Abhishek Jain for the first time. This role is really special”.

Aaryan, whose last film Sonu Ke Titu Ki Sweety became a surprise big hit of the year, will next be seen in Luka Chuppi, opposite Kriti Sanon. Jacqueline, who was last seen in Salman Khan's Eid release 'Race 3', has Karan Johar produced 'Drive' on release.

Will this new sizzling pair prove to be a hit at the box office? Only time will tell.