Playing Anand Kumar in 'Super 30' has been extremely gratifying for the superstar and he is absolutely grateful for the same. 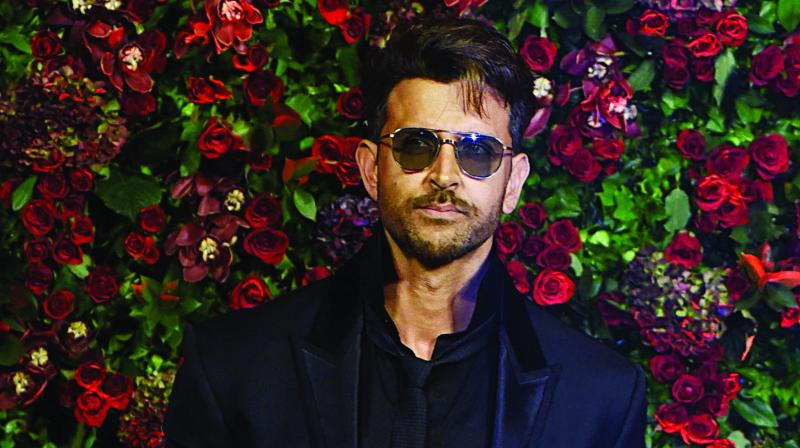 Hrithik Roshan, who is currently basking in the success of his latest film Super 30, talks about how Super 30 remains that one film in his career which provides him with immense satisfaction. Having had a career span across over two decades with a wide range of roles, playing Anand Kumar has been extremely gratifying for the superstar and he is absolutely grateful for the same. Not only are the fans across the globe lauding the actor for his character portrayal of Anand Kumar, the critics also have been appreciating his brilliance and hard work which he put into playing the Bihar based mathematician.

Sharing his feelings about the same Hrithik says, “It is a very special film for me. Long time ago, I had seen a film called Taare Zameen Par and it had touched the chord in my heart. I had always thought that I should do a film like that and I think, Super 30 is that film for me. It has that satisfaction of having done a film like this in my life, which has had an impact on people similar to the impact Taare Zameen Par had on me.”

Talking further about how the film promotes hope and dreams, and how with every dream we need a catalyst to achieve it, how you need someone to believe in your dream so that through that support you eventually reach your destiny, he shares, “The film is asking people who are hopeless, to dream and the people who can contribute to make that dream come true. You hope and you help. It is something which is very special.”

On recognising the need for promoting education, the changes we need regarding it and the growth of a country associated with it, the superstar shares, “Nothing is perfect. Progress is something that is needed in every aspect of our lives. There’s always a scope of growth in everything, for an individual, a society, the world. Education is also evolving and should happen also. Such messaging through films is important because it diverts your attention to schools, education, kids and their hopes and dreams. So, a film like Super 30 at this time was destined.”

Super 30 was released on the 12th of July, and since then has seen a steady footfall in the theatres. The film has crossed a whopping 130 crores and is still going strong. The buzz created by the film is huge and it’s a matter of great pride for the film when the officials of the country, teachers, bureaucrats and others see the film and recognise its importance.

Super 30 sees Mrunal Thakur, alongside Hrithik Roshan and Nandish Sandhu, Pankaj Tripathi in the supporting cast and is running successfully in theatres.