The actress’s latest release, Mulk, raises these and other questions about the country. 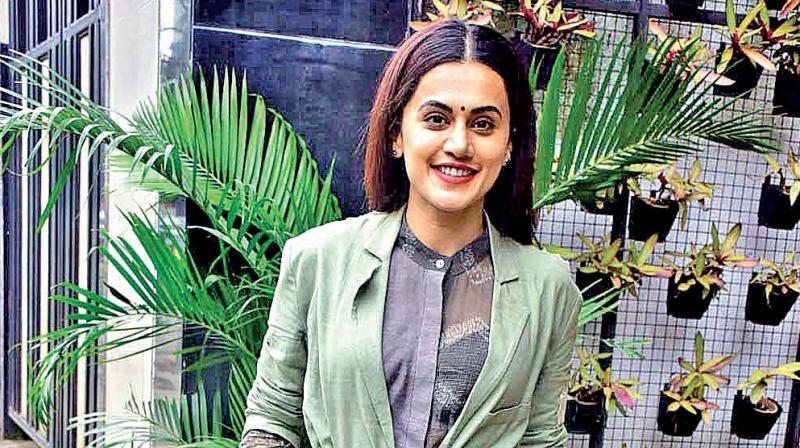 Mulk may not have had a great opening day, but it’s receiving much critical acclaim. Audiences and critics are especially loving Tapasee Pannu’s impactful performance in the film.

During a recent interaction with the actress, she said that though Mulk was a patriotic film, much like the ones that release around Independence Day every year, it would also plant some important questions in the minds of Indians.

“So many years after having gained independence, where are we standing? Have we moved forward, are we at a standstill, or are we regressing? When it comes to our country, should we or should we not put humanity before our Indian-ness? These are some of the questions that Mulk raises. It gives individuals an opportunity to introspect,” Taapsee said.

“Such films not only address issues but also bring about a change for the better. They allow people to openly ask questions about the things that they have been thinking about for ages, about the problems prevalent in India. They also ignite the feelings of oneness and patriotism,” she added.

Mulk has faced much heat for being “pro-Muslim”, with online trolls going to the extent of threatening filmmaker Anubhav Sinha. Addressing the subject of trolling, Taapsee said, “These days, every little thing is a cause for trolls to lash out. If I say it’s raining today, some people will find fault with that too. They will say that while farmers are facing drought-like conditions, Taapsee is enjoying the rains!”

“I don’t take trolls too seriously. I believe kuch toh log kahenge, logon ka kaam hai kehna (people will always have something to say, that’s all they have to do, after all). It’s better to remain positive,” she concluded.