Kangana Ranaut’s sister does it again. This time she channels her ire towards those who appreciated her sister’s trailer. 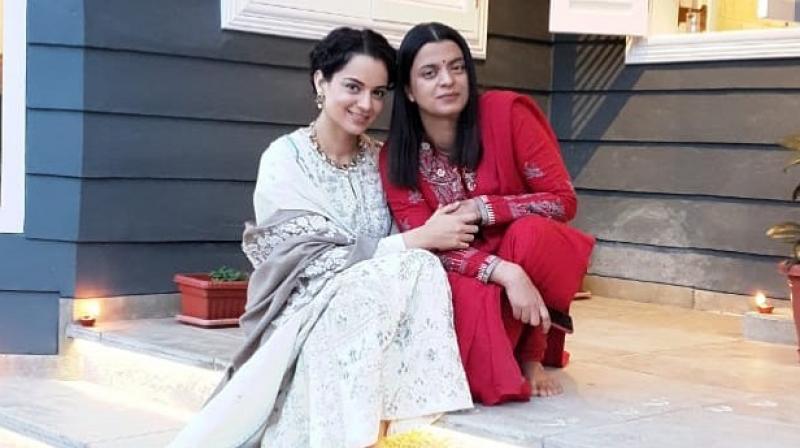 It’s hard to understand whether Kangana Ranaut’s sister Rangoli Chandel goes on a typing spree for publicity or not, since her latest rant is towards those who have appreciated her sister’s upcoming trailer. Rangoli, it seems, is unhappy at the film industry’s judgemental response to her sister’s upcoming film. In fact, the trailer of Kangana’s Judgmental Hai Kya was well received and applauded for the quirky murder mystery. But this wasn’t enough for Rangoli who felt her sister wasn’t appreciated enough and wasn’t mentioned specifically in those tweets. First, she targeted Varun Dhawan when he wrote, “What a mast trailer. Amazing lead and supporting cast backed by some great writing. Looks like a lot of fun.” Offended that he didn’t specifically mention the Manikarnika actress, she tweeted, “Kangana ka bhi naam likh dete sir!! Wo bhi kisi ko bachi hai usne bhi mehnat ki hai !!!” Not to be outdone Varun wrote back, “Loving everyone from satish sir, Hussain, raj and specially Kangana aur lead cast ka wohi matlab tha maam.”

Next, she shifted her focus to Taapsee who praised the trailer and called it ‘cool’. But Rangoli lashed out at her for reportedly calling Kangana an ‘extremist’ in some of her interviews. This was not all. She also called Taapsee Kangana’s “sasti copy.” Thankfully, Anurag Kashyap came to Taapsee’s rescue and wrote, “Come on Rangoli.. this is going too far.. this is really really desperate.. I really don’t know what to say to this. Having worked with both your sister and Taapsee .. I just don’t get this ..praising the trailer means praising all aspect of it. Which includes Kangana.” Perhaps, someone can give the lady some pointers on how to take appreciation well.