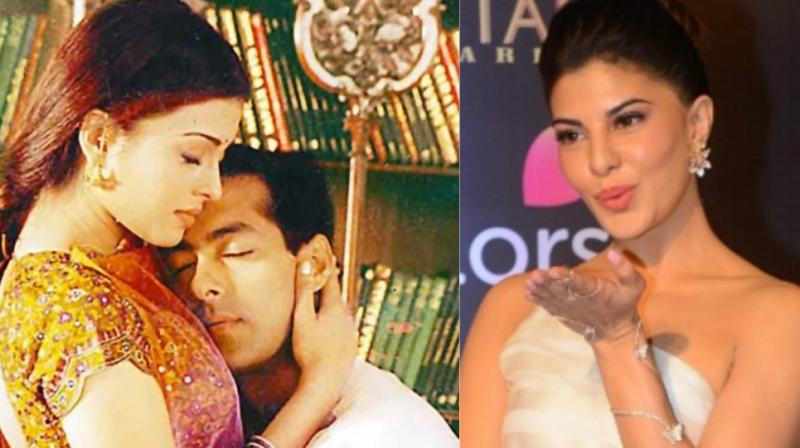 Mumbai: That Salman Khan has a soft corner for his actresses, is a known fact.

The superstar has dated some of them like Somy Ali, Sangeeta Bijlani, Aishwarya Rai and Katrina Kaif and shares a close bond with the others like Preity Zinta, Rani Mukerji, Priyanka Chopra, among others.

Among the current lot, Katrina, Jacqueline Fernandez and Daisy Shah are his favourites, and the fact that he has chosen them for his ‘Da-Bangg Tour’, currently underway in USA-Canada, is testament to it.

While Katrina and Salman set fireworks at the box office with ‘Tiger Zinda Hai’, Jacqueline and Daisy recently starred in his ‘Race 3’.

So out of these actresses, who does Salman pair the best with on screen?

This question was posed to Jacqueline in an interview with Filmfare and she didn’t take her own name, and replied, “Aishwarya looked so good with him in ‘Hum Dil De Chuke Sanam.’ It’s one of my favourite films of his. It’s the perfect onscreen pairing for me.”

We are sure many others feel the same about the pairing, something audiences have been deprived of since their much public break-up in 2001 and a brief visual in ‘Hum Tumhare Hain Sanam.’

But Jacqueline likes her pairing with Salman and revealed that they share an association even before their first film together, ‘Kick.’

“We share a good chemistry. We’re compatible. Salman has known me, not many people know this, from my early days in Bollywood. I was signed for 'Aladin' (2009) when he probably saw me somewhere. He asked me to meet him for 'London Dreams.' After that I’d see him on and off at parties. In the past, he has suggested my name to David Dhawan sir, Sajid Nadiadwala and now Ramesh Taurani for 'Race 3.' And all this without my knowing,” she said.

The superstar also makes an impact whenever Jacqueline feels low, “Whenever I go through a rough patch, I think about Amitji (Bachchan) Salman (Khan), Shah Rukh (Khan). What all these people must have gone through. They go through so much on a daily basis as well.  But they overcome it.  They’re my inspirations. Even Priyanka Chopra has gone through so much. She’s the biggest inspiration to so many of us.  My issues are nothing compared to what a lot of people have been through.”

‘Race 3’ didn’t live up to expectations for Salman-Jacqueline, but we hope ‘Kick 2’ makes up for it whenever it hits the theatres.