The biopic on Sanjay Dutt is going strong at the box office and still collecting more than Rs 20 crores daily. 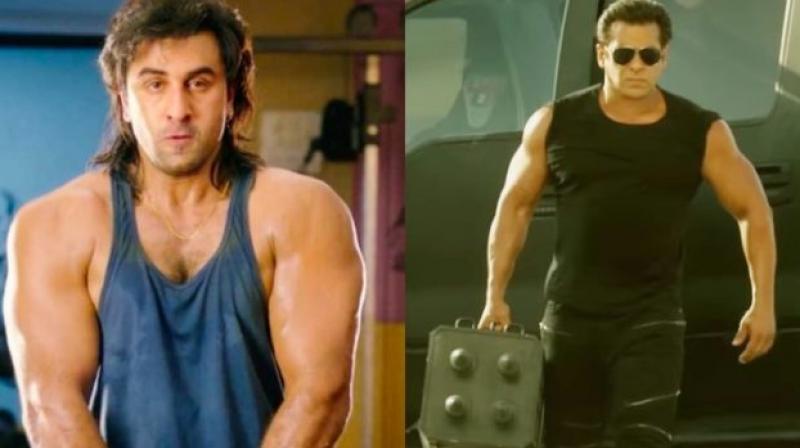 Mumbai: The adage goes, ‘Content is King.’ And the box office collections comparison of Ranbir Kapoor’s ‘Sanju’ and Salman Khan’s Race 3’ is the best example of it.

Both the films took a thunderous opening at the box office, crossing the Rs 100-crore mark in the opening weekend itself.

So far so good, but that’s the maximum star power can get for you.

Then it’s the content which speaks, and it’s only positive word-of-mouth which can sustain you, something that the Rajkumar Hirani directorial has proved.

So at a time ‘Race 3’ witnessed a downward trend due to negative reviews, from Rs 39 plus crores on Sunday to 14 on Monday, and fell to single-digit figures in the same week, ‘Sanju’ is still going strong.

‘Sanju’ dropped only marginally by Monday standards, minting Rs 25.35 crores and the fall on Tuesday, to Rs 22.10 crores, is also minuscule.

And now the total stands at Rs 167.51 crores in five days, which is all set to surpass ‘Race 3’ tally of close to Rs 170 crores which it achieved in almost 20 days.

‘Sanju’ is now in contention to beat ‘Padmaavat’ and become the highest grossing film of the year.

With the buzz generated before release and largely positive reviews flowing in, can ‘Sanju’ give records set by ‘Dangal’ and ‘Baahubali: The Conclusion’ a run for their money?