Dilbar recreation: Visually appealing in Arabic version yet not musically yours

The original song from ‘Sirf Tum’, ‘Dilbar’ created a storm when it first released in 1999. 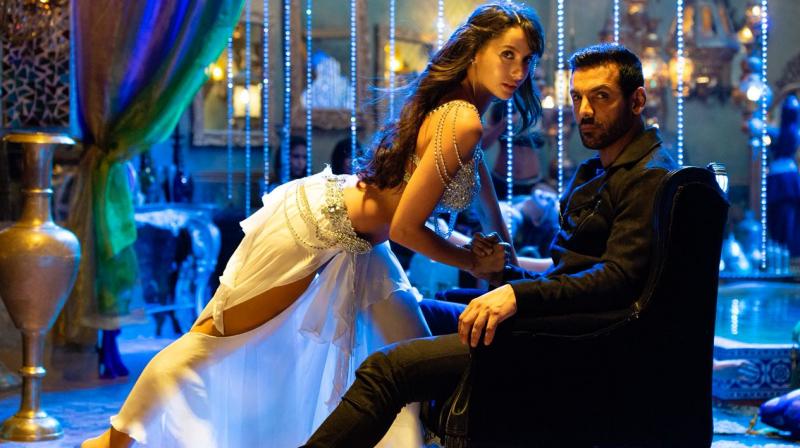 The original song from ‘Sirf Tum’, ‘Dilbar’ created a storm when it first released in 1999. The chartbuster has now been recreated for the upcoming film 'Satyameva Jayate’.

The trailer of ‘Satyameva Jayate’ starring John Abraham released last week and now, the iconic ‘Dilbar’ song, picturised on Sushmita Sen-Sanjay Kapoor which has been recreated in this film, is out today.

The song was an instant hit back then. The redux version, with an Arabic theme features the film’s lead actor John Abraham along with actress Nora Fatehi.

The song recreated by Tanishk Bagchi, sung by Neha Kakkar and Dhvani Bhanushali also retains Alka Yagnik’s voice from the original composition. The lyrics are written by Shabbir Ahmed.

The song has Arabic tunes added to the original, and doesn’t even feature the whole song from the start, and even though it is great to look at Nora Fatehi’s belly-dancing moves, the recreated version couldn’t really make way to our hearts. See it here:

‘Satyameva Jayate’ also stars debutant Aisha Sharma, Manoj Bajpayee and Amruta Khanvilkar and will hit the theatres on August 15, 2018. The film is directed by Milap Milan Zaveri and is jointly produced by T-Series and Emmay Entertainment.