Alia, ex Sidharth came face-to-face in presence of Ranbir; here’s what happened next

‘The Student of the Year’ duo recently attended the high-profile engagement of Akash Ambani and Shloka Mehta. 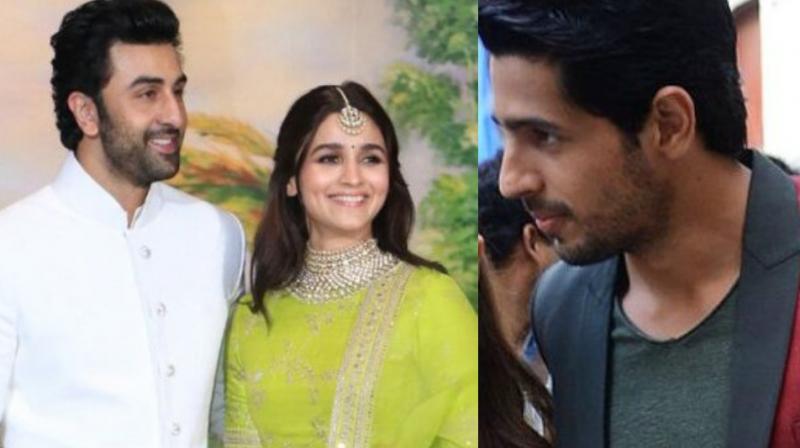 While Sidharth Malhotra was Alia Bhatt’s first hero, Ranbir Kapoor will be the next one in ‘Brahmastra.’

Mumbai: We could never say, ‘It’s official’ for Alia Bhatt and Sidharth Malhotra, but there was never an iota of doubt in audience’s minds about their relationship or subsequent break-up.

But as far as the actress’ affair with Ranbir Kapoor is concerned, there’s no mystery and we have the confirmation from the horse’s mouth.

So what happened when Alia bumped into her ex in the presence of her boyfriend at the recent star-studded engagement of Akash Ambani and Shloka Mehta?

As per a report on Spotboye, there was no discomfort between the ‘Student of the Year’ duo despite the break-up, and they exchanged pleasantries at the venue.

“Alia, Sidharth, Aditya Roy Kapur, Shraddha Kapoor and Parineeti Chopra were seen enjoying the party to the hilt. From the looks of it, Alia and Sidharth have no awkwardness anymore. They hugged and were also seen conversing with each other,” a source told the entertainment portal.

The source continued, “After spending some time with the gang, Alia joined her current beau, Ranbir Kapoor, and his mother, Neetu Kapoor. It was heartening to see that these actors handled the situation with utmost maturity.”

We do wonder if Ranbir noticed it and what was his reaction.

This latest interaction proves that Bollywood couples of late have started showing maturity in dealing with exes.

While there are still some celebrities who plan their entry and exit at events according to their exes’ itineraries, it’s good to see Hrithik Roshan and Sussanne Khan, Malaika Arora Khan and Arbaaz Khan hanging out, or Shahid Kapoor and Kareena Kapoor Khan, Sanjay Dutt and Madhuri Dixit-Nene working in the same film.