Dave Bautista is not in a mood of letting anybody ruin the spirit of Pride Month. 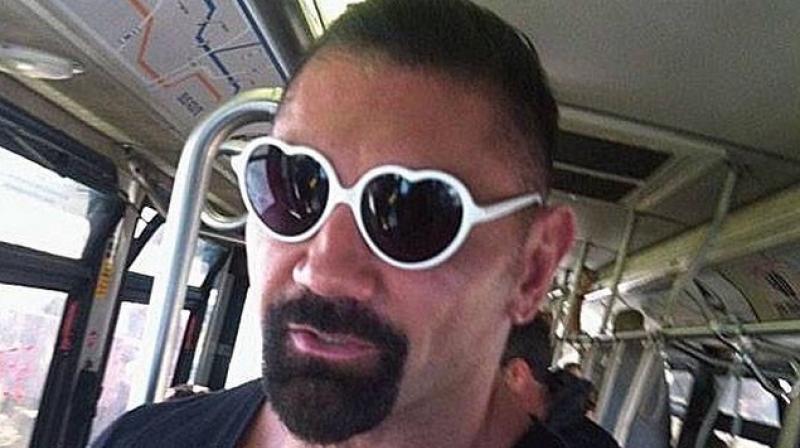 Washington DC: Dave Bautista is not in a mood of letting anybody ruin the spirit of Pride Month. The actor, on Monday, clapped back at a bishop for denouncing the event that celebrates the LGBTQ community.

Rhode Island Bishop Thomas Tobin recently sent out a tweet urging his Catholic followers not to participate in any Pride-related activities. Bautista, in a tweet, stated that her mother is a lesbian and that the bishop does not "speak for most Catholics".

"My mom's a lesbian. I think I turned out ok. And the activities she chooses is to help the homeless and people suffering from mental illness. I admit I'm not perfect but at least I was never a judgmental hypocrite! I'm sure you don't speak for most Catholics. Have a nice day," he wrote.

Shortly after he posted the tweet, the bishop faced a lot of criticism from the Twitterverse. Following the backlash, Tobin released a statement saying he regretted that his comments turned out to be so controversial and offended "some'.

"I regret that my comments yesterday about Pride Month have turned out to be so controversial in our community, and offensive to some, especially the gay community. That certainly was not my intention, but I understand why a good number of individuals have taken offence," he said in a statement to NBC News.

While he did partially apologise for his tweet, Tobin stuck to his belief and concluded his statement by saying, "As a Catholic Bishop, however, my obligation before God is to lead the faithful entrusted to my care and to teach the faith, clearly and compassionately, even on very difficult and sensitive issues."