The trolls questioned as to why the young actors have been cast instead of an actor in that age bracket. 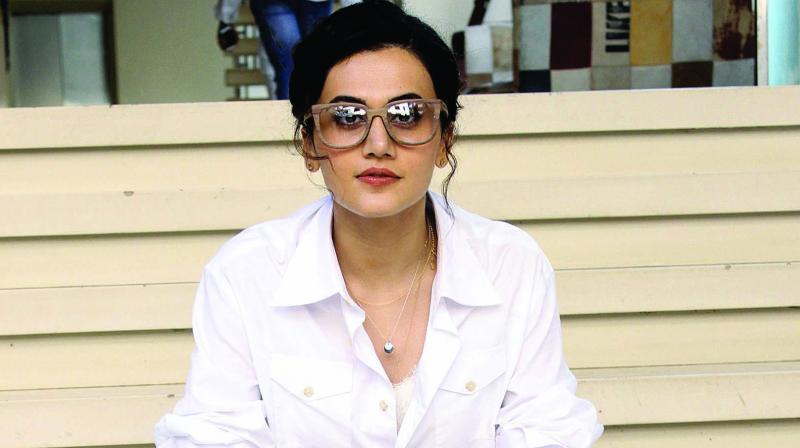 Taapsee Pannu and Bhumi Pednekar recently wrapped up the shoot of their next film Saand ki Aankh, based on India’s oldest woman sharpshooters. While the actors will be seen essaying the role of Chandro Tomar, 87 and her sister-in-law Prakashi Tomar, 82, the film’s first look was trolled for not using appropriately aged actors.

The trolls questioned as to why the young actors have been cast instead of an actor in that age bracket. Though it would have added to the authenticity of the characters, Taapsee reveals that none of the actors in that age agreed to the movie.

“Apparently, what we got to know later was that actors who were close to that age didn’t want to do this film. I got to know this when there were questions of why younger girls were cast in the film and not the actors of that age,” she says.

The Pink actress further asks that why questions aren’t asked when an actor at 50 plays a college student. “But when a younger lot is playing an older character, I don’t understand why people have a problem with it. However, I got to know through the producers that actually actresses who were close to that age had refused to do the film.”

On a happier note, this is the kind of film that Taapsee has been looking for. “I went looking for such a film where there are two actresses and it is a challenging role. I said yes to the film in just a minute,” she signs off.

Helmed by Tushar Hiranandani and produced by Anurag Kashyap productions, Saand Ki Aankh will hit the screens in Diwali.