With such a dynamic life, it seems only fitting that her life reaches the silver screen, since biopics are already in vogue. 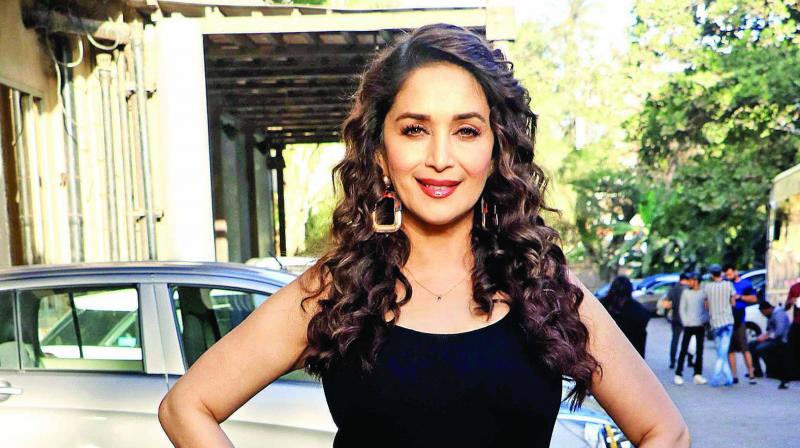 If there is any Bollywood actress known for her grace, it has to be Madhuri Dixit Nene, who even in her 50’s, remains to be one of the most beautiful actresses. Not only is she talented, but the actress also has had a pretty interesting life. Right at the top of her career, she married and went abroad, and returned back to the Bollywood pavilion after almost a decade of a hiatus. Henceforth, the actress has seemed to grab the reins of her careers as she has pocketed a few films and has also turned producer with Marathi films. With such a dynamic life, it seems only fitting that her life reaches the silver screen, since biopics are already in vogue.

So at a recent media interaction, when Madhuri was asked which actress she feels could play and do justice to her character on the celluloid, pat came to the answer —Alia Bhatt.

“If at all my biopic is translated onto the celluloid, then undoubtedly Alia Bhatt would be the right actor to play me on the screen. But she will only have to learn a little bit of Kathak. I wish so because Alia is an exuberant performer,” reveals Madhuri.  Adding further she says, “ It will really be fun to watch Alia playing me on screen; maza aa jayega(It will be too much fun). Alia will be ideal to play my role in my biopic.”