The actor’s advice to the youth is to not let anything stop you from following your dreams. 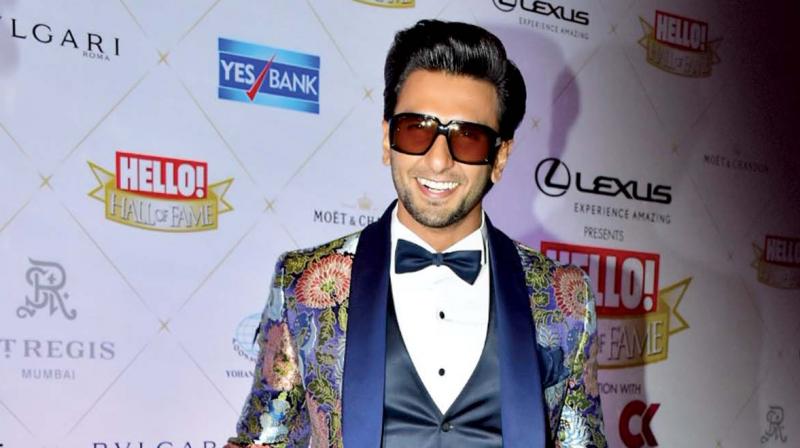 An eye wear brand, for which Ranveer Singh is ambassador, has created a seven-minute capsule on his life journey. It tells the story of Ranveer’s humongous perseverance, hard work and dedication that has seen him make it in Bollywood despite not being an insider.

Today, Ranveer is a youth icon, with a message for young people. “Be passionate about whatever you wish to become. Dedicate time to your passion wholeheartedly. No matter what comes your way, don’t fear anything,” says Ranveer.

About his hard work, he says, “I mustered the courage and followed my dream which seemed out of reach. Despite failure, I decided to keep on trying. I did not let anything dishearten me.” About his future films, Ranveer says the shooting for Gully Boy has just been completed. “I will be starting on Simmba soon, and 1983 follows after that,” he says.

“Gully Boy is a very special story and I am very attached to it. The story of this film reflects Mumbai, my hometown. I completely relate to it. It’s the story of the little child who broke through all odds and in spite of facing great adversity, became a successful recording artist,” he says.

“Simmba is my first collaboration with Rohit Shetty [director], which people are most excited about. I, too, am extremely excited to work in the masala genre. The principle shooting of this film will begin in a month’s time. Rohit is very keen that I have big muscles in the film. Rohit told me ‘Jab tu vardi pehnaga na toh vardi fatni chahiye (When you don the uniform, it should tear off owing to your huge muscles).”

He adds, “You all know 1983 is the story of the 1983 World Cup. It’s a significant event in our history. When Kabir Khan [director] told me the story I realised what an insane underdog story it is. I am very excited about my upcoming slate. I really hope you all enjoy these films to the fullest.”