Sridevi has no record of the number of films she has done in Tamil, Telugu, Malayalam and Hindi. 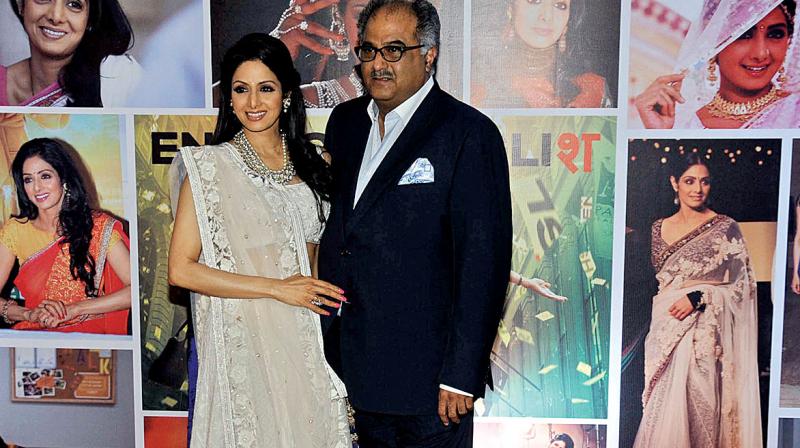 Sridevi’s fans have much to look forward to as she appears in her upcoming film Mom, a story about a mother on an avenging spree. It’s her first Hindi film after the hugely successful English Vinglish three years ago.

Says a source, “As she completes 50 years in the Indian film industry in 2017, her husband Boney Kapoor is planning to bring together all her co-stars on one platform for a  grand celebration.”

For an actress who has been doing films since the age of four, her level of enthusiasm remains unparalleled. So how many films has Sri done so far? The actress has no clue.

A source very close to the actress says, “Sridevi has no idea of how many films she has actually done. As a child artiste, she thought she had done only 15-20 films until someone pointed out that she had done nearly 40 films as a child artiste. Sri was shocked. She has no record of the number of films she has done in Tamil, Telugu, Malayalam and Hindi. It could be anything from 400-500 films. She thought she had around 20 films with Kamal Haasan until the actor told her they had done more than 40 films together in three south Indian languages.”

To Sridevi goes the singular honour of playing the lead with three pairs of fathers and sons - Nageshwara Rao and son Nagarujana, Dharmendra and his son Sunny Deol and now Vinod Khanna his son Akshaye Khanna in her new film Mom.