The actress will soon head back to Bhopal to resume shooting for the film, which stars Bhumi Pednekar in the lead. 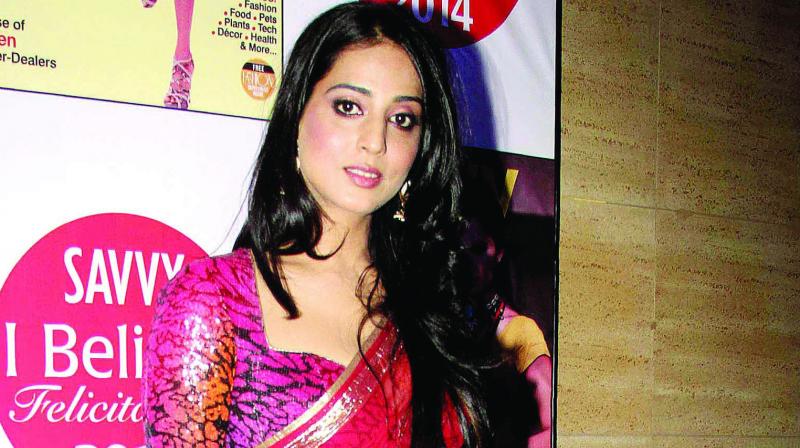 Actress Mahie Gill is known for her more sensual roles in films like Dev D and Saheb Biwi Aur Gangster, but she is switching lanes to comedy for Gagan Puri’s Doordarshan and even horror for G Ashok’s Durgavati, in which she plays a CBI officer.

Mahie is keen to drop the sensuous tag. “At the moment, I have decided not to do any characters that would bring me back to this ‘sensuous’ tag. I was looking to do varied characters, so I got not one, but two films with totally different characters that I will play,” she says.

About the comedy flick Doordarshan, she says, “I am trying my hand at comedy for the first time, and I have enjoyed doing it. When director Gagan Puri narrated the story, I instantly accepted the offer,” adding that the film’s plot will warm the audience’s hearts.

“The story of is a very loveable one, and it turns you nostalgic. I, too, became very nostalgic and went down memory lane to when we would sit and watch Doordarshan as a family. Those who will watch it will surely remember their earlier days. Today’s youth will also see how families would sit together and watch television,” she avers.

As for Durgavati, Mahie is more tight-lipped as the film is still being shot. “I play a CBI officer in this film. Whether I wear a uniform or not, you will have to wait and watch the film. We have not revealed the look of my character in the film,” she coyly says.

The actress will soon head back to Bhopal to resume shooting for the film, which stars Bhumi Pednekar in the lead. “We have a long schedule. I am promoting my film Doordarshan, and then I will be going to Bhopal soon as the shoot (of Durgavati) has not ended. We are shooting regularly and continuously. I am happy doing films in which I play different characters,” she concludes.