Empowerment comes from within: Kajol

The Devi actress weighed in on the #MeToo movement, the status of women today and pay parity in the industry. 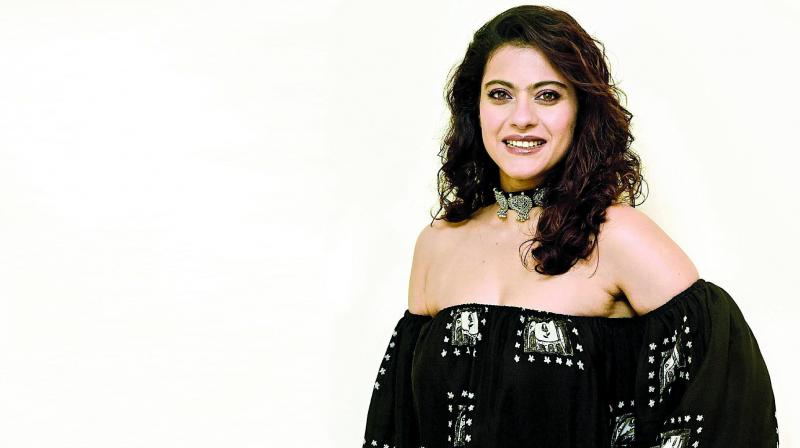 After stunning audiences with her performance in Tanhaji: The Unsung Warrior, Kajol will be seen next in Devi, a short film written and directed by Priyanka Banerjee. The film has an all-female cast comprising Neha Dhupia, Neena Kulkarni, Shruti Haasan, Mukta Barve, Sandhya Mhatre, Rama Joshi, Yashaswini Dayama, and Shivani Raghuvanshi.

In an all-women media interaction, Kajol revealed that the film means a lot to her. “This is a film which matters a lot. Usually, people ask me why I opted for this film or what was good about it, and my answer is always that I liked the script and the character. But for this short film, I would say the script was good, but the message that this film wants to tell is more important than anything. Also, there are nine women working together and that too in a closed room. This story is about women standing in support of each other. It also tells us not to pull anyone down,” she said.

Speaking about the status of women today, the 45-year-old disagrees that women are not being given enough respect. “To be able to earn respect, one needs to have self-respect. The way you showcase your self-respect to people around is how they will look at you, but I don’t think that’s the case today. I think there are many evolved people, who have given immense respect to their mothers and sisters, and that’s the way they have grown. There are so many good people and we are moving towards a better world, albeit slowly. Women empowerment has to start within women themselves; nobody can do this for you,” she averred, adding that women in Bollywood too need to speak up about the patriarchal nature of the industry.

“I think we need to raise our voices. I don’t think we need to be  very vehement about it, but we need to start with a debate and talk about it. We need not scream or yell about it, just make your statement in the most practical and logical manner, as possible. I think that’s where we are lacking. Fanaticism is not going to get you anywhere, this patriarchal society is hysterical and you need not encourage such an attitude. Prove them wrong,” the Baazigar actress asserted.

When it comes to pay parity, Kajol finds that this is more a societal issue than work-specific. “There has to be a societal change. You cannot blame a particular field, this problem is everyone’s problem. We all need to raise our voice together. We need to show the change within our family members too,” she suggested, citing the example of her own son.

“I made him understand that the way he has to go to school, I will have to go to work. If I can teach this to my son now, he will grow up to accept it as a normal pattern with his girlfriend or wife in future. I am changing the future by changing my son’s thinking. So it is everyone’s responsibility. We will not only have to learn it ourselves, but we will need to teach self-respect to others,” she added.

Lastly, she also weighed in on the #MeToo movement that swept the nation in late 2018, saying that a positive change has come about. “Men are scared to talk to and about women after this Me Too movement. There is a positive change. I think somewhere down the line, men — good, bad, or different — took seven steps back (away from women). It was necessary also. You have seen a different environment followed up after this movement; things are done a lot more cautiously. I think, more than good or bad, a lot of thought was put into everybody’s daily interactions, whether it’s on a film set or in an office environment,” she said before signing off.