Karthik Aryan, who has charmed the audience with his boy-next-door vibe was quizzed by Renil on who would he like to live in with. 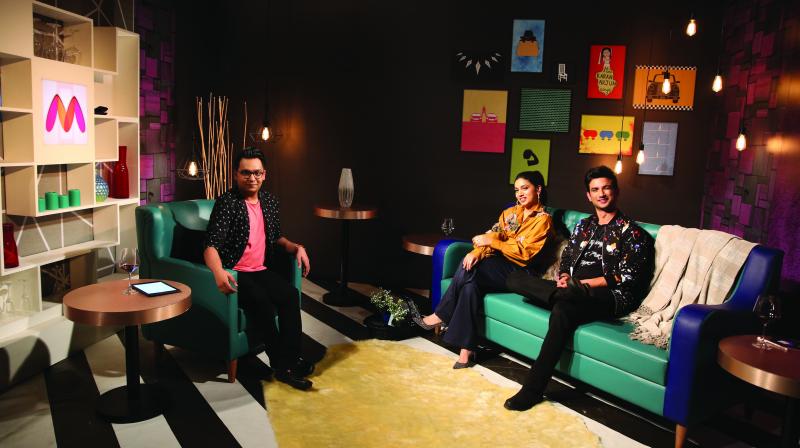 In the show By Invite Only promises there is #NothingToHide and get the biggest stars to reveal their secrets. From Kartik Aryan sharing that he wants to live in with Ananya and Sara to Bhumi claiming that Sushant has many alter egos. By Invite Only is the show to watch out for.

Zoom, styled by Myntra is all set to launch its celebrity talk show, By Invite Only, where B-town’s leading celebrities in an intimate tête-à-tête with the host Renil Abraham will engage in an unfiltered conversation. The show promises the viewers a glimpse into the lives of their favourite celebrities like they have never seen before with #NothingToHide.

Through the course of an episode this fun-interactive session, Renil Abraham will host a series of interactive segments, from fun candid conversations to exciting game sessions with the stars. The show is all set to kick start with a bang, showcasing an hour special marathon on the launch day featuring two back to back episode with Kartik Aryan and Kriti Sanon followed by Sushant Singh Rajput and Bhumi Pednekar.

Karthik Aryan, who has charmed the audience with his boy-next-door vibe was quizzed by Renil on who would he like to live in with. His options being Parineeti Chopra, Sara Ali Khan, Ananya Pandey, Tara Sutaria, Kartik spills the beans and shares, “Sara because our coffee date is pending so maybe we can explore a coffee date ghar pe,” and when Renil further probes him to share another name, Kartik adds, “Ananya, as she also said the same thing on another show.” Another interesting anecdote that will be revealed this Saturday on By Invite Only, is Kartik’s unique pet name, Koki! 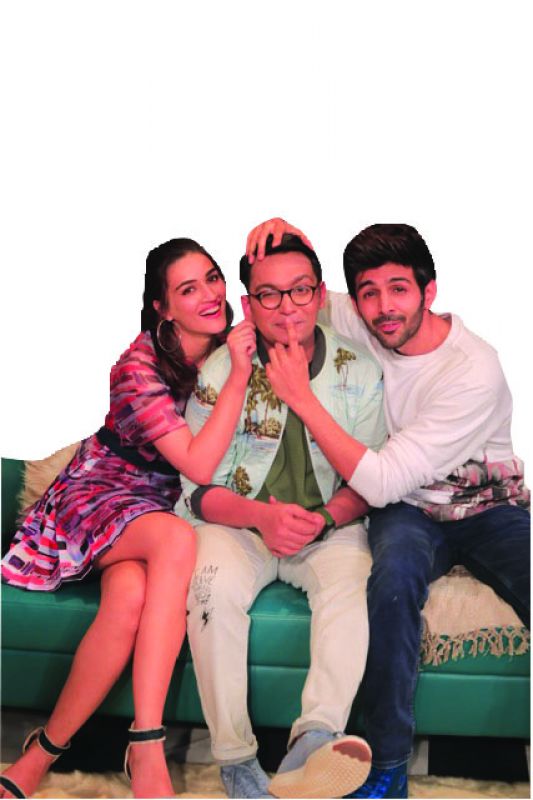 The show will also see Sushant Singh Rajput and Bhumi Pednekar joking around with Renil, as he questions Bhumi about Sushant, and she instinctively says, “He (Sushant) has mild schizophrenia, there is a lot of alter egos & I have also seen quite a few” and goes on to explain further how each of his character, i.e. 56 characters, have stayed with him!

zoOm an a rated bollywood channel, has partnered with Myntra, one of India’s leading platform for fashion brands and pioneer in m-commerce, to form ‘zoOm Styled by Myntra’, making a transition from being just a TV channel to a platform-agnostic entertainment destination. With an improved style quotient inspired by Myntra and engaging storytelling, zoOm has reengineered its programming to provide young Indians entertainment that is second to none. The channel has previously provided the quality entertainment and style destination across every medium - TV, social, on-ground and digital. With ‘zoOm styled by Myntra’, viewers see fresh new faces, stylised looks and latest trends from the fashion and apparel platform, rising stars, the best of Bollywood and popular music. Triggering new conversations, the finite series by Zoom Studios, the original content arm of the same, aims to create experiences beyond screens that will be warm, stylish and relatable, reflecting today’s coming-of-age stories and viewers’ own ives and relationships.

By Invite Only premieres this Saturday, March 02, 2019, on zoOm styled by Myntra at 7:30 pm and will see the biggest names of B-Town in the most fun, interactive and engaging conversation with Renil!