It is being believed that the movie will be an emotional film about a father-daughter relationship. 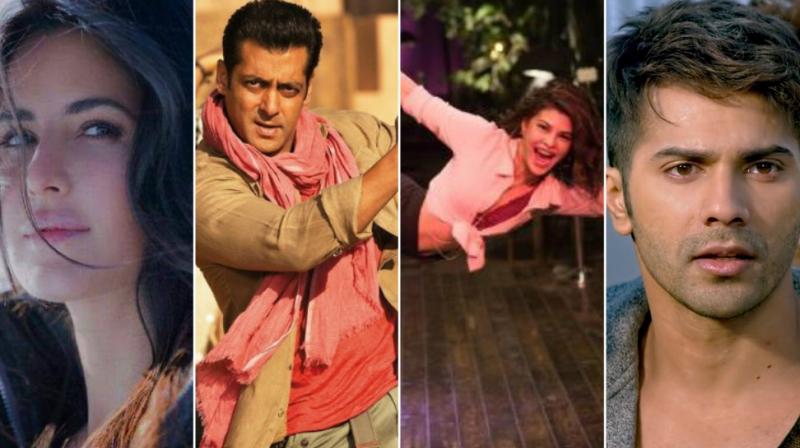 Katrina Kaif in 'Tiger Zinda Hai', Salman Khan in 'Ek Tha Tiger', Jacqueline Fernandez in 'A Gentleman' and Varun Dhawan in a still from 'ABCD 2'.

Mumbai: Deccan Chronicle informed you on Saturday that Remo D’Souza will be directing a dance film with A-listers, the cast of which will be announced on March 19.

Get ready for a big announcement! @TSeries & @remodsouza are all set to produce a dance film featuring A-list actors. Directed by Remo, the film will release on 8th November 2019. The cast will be announced on 19th March.

We have now come to know about the cast and the movie beforehand. The movie happens to be ‘ABCD 3’ and in an interesting development, it is also being said that the movie will star Salman Khan, Jacqueline Fernandez, Varun Dhawan and Katrina Kaif all together.

Some trade sources from the industry told Pinkvilla, "So we will get to see Katrina Kaif play a Pakistani character yet again. Yes, we've learnt that Remo D'Souza's next film with Varun Dhawan will see the actress playing a Pakistani girl, while Judwaa heroine, Jacqueline Fernandez will play a British girl. The title of the film is ‘ABCD 3’."

Remember how it was announced that Salman is doing another film with Remo apart from ‘Race 3’? Well, it happens to be ‘ABCD 3’ and Salman is playing father to a 13-year-old girl in ‘ABCD 3’, reports the portal.

It is also being believed that the movie will be an emotional film about a father-daughter relationship with a lot of dance elements in it.