For nine years, the legend went, two obscure singers hailing from Himachal Pradesh were the voices of the song. 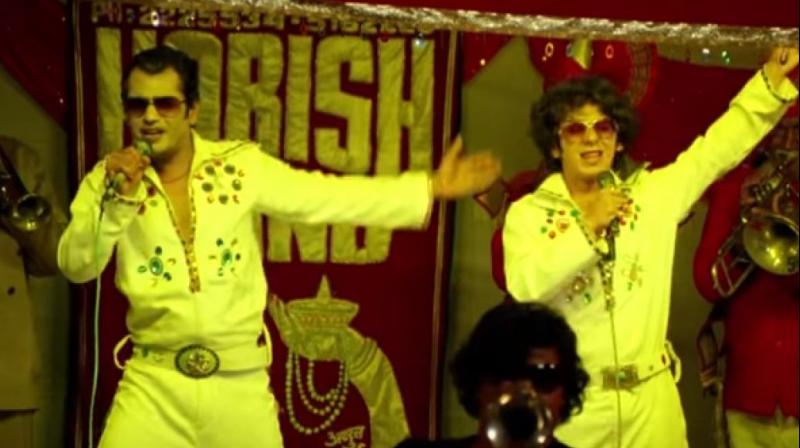 Mumbai: For nine years, the legend went, two obscure singers hailing from Himachal Pradesh were the voices behind 'Emosanal Attyachaar', from 'Dev D', until now when composer Amit Trivedi reveals it was actually him and lyricist Amitabh Bhattacharya who crooned the song.

The 2009 Anurag Kashyap film became extremely popular for its music by Trivedi.

While all the songs were loved, 'Emosanal Atyachar' went on to become the biggest hit and established itself in the pop culture for years to come by.

Both Kashyap and Trivedi were tight-lipped about them, and maintained that the duo had vanished without a trace post recording.

In an interview with PTI, Trivedi spills the beans on how the song was composed for the film, which released in February of 2009.

"Anurag wanted the song to be in a specific way. It was his vision. The term 'emotional atyachaar' was his, the idea of doing it in a brass wedding band style was also him. I just executed his vision and plan," he says.

"When Amitabh and I were creating the song, we thought we will sing the song ourselves first to present Anurag what we are doing. Later on, we will get some qawali singers or really interesting cool guys to sing the song," he adds.

Things took a turn, when Kashyap ended up liking the scratch version.

"Anurag got angry saying 'Why do you want to change the voice?' I said 'but this is just a scratch version, me and Amitabh are singing. He said, 'this is exactly what I want!'

"Amitabh was scared because he wasn't singing in his normal voice. We tweaked it a little bit, and made our voice caricature-ish. And Amitabh wanted to be a singer so he got scared. He said 'I want to be a singer and if this is debut I won't get work.' We got scared. We changed the name to bandmaster Rangeela and Rasila. So, yes, we are them!," Trivedi revealed.

'Dev D' became a turning point for all the parities involved, including Kashyap who struggled to get a hit with his earlier films like 'Black Friday', 'No Smoking' and the unreleased 'Paanch'.

It also made the industry take note of Trivedi, who again collaborated with Kashyap in his production, 'Udaan'. Directed by Vikramaditya Motwane, the debut film of the helmer not only got accolades for its treatment but also music.

The 38-year-old composer says several of his songs have been born out of background score, including the much loved 'Aazaadiyan' from 'Udaan' and 'Ik Tara' from 'Wake Up Sid'.

"Like 'Ik Tara' I was scoring for the film. It was a proper four-minute song. I had read the script and I created this for that particular situation. Ayan Mukerji (director) really wanted 'Ik Tara' as a song and not just background score!," Trivedi signed off.